Gym Easy While Jamming To Music

Music has always made run and gym enjoyable. It makes those last difficult 20 reps possible. And now, German researchers have found that controlling the music while doing a strenuous activity actually reduces the perceived effort. 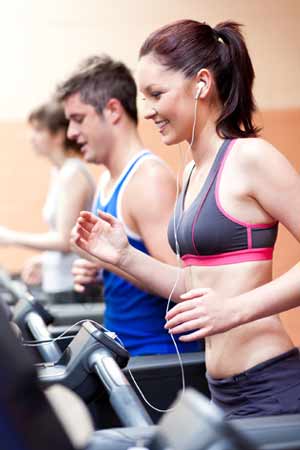 Music has always been accredited with distracting us while doing physical work to make it less strenuous but researchers have found that music affects our muscles too. The team led by Thomas Fritz, made 63 male and female volunteers workout under different conditions.

The therapeutic effects of music were observed by researchers during the series of theses tests. The researchers found that the majority of the volunteers felt the strain of their workouts less intensely when they were producing the music themselves.

Additionally, the metabolic measurements showed that while they were making the music, the participants' muscles used less energy, making them more effective physiologically.

"This implies that the developed technology is more favourable as a new athletic sports technology, presumably because more emotionally driven motor control occurs with the musical ecstasy," said Dr. Fritz.

"What is more, we believe that this insight has an important consequence in how we view the role of music in the creation of human society. Let's consider the fact that a variety of rituals are associated with music. A down-modulating effect of musical activity on exertion could be a yet undiscovered reason for the development of music in humans: Making music makes physical exertion less exhausting” he continued.

The study was published in the journal PNAS and the researchers belonged to the Max Planck Institute for Human Cognitive and Brain Sciences in Germany.