Alcohol cravings are common and make us feel guilty. Experts have found that a hormone called ghrelin, produced in our gut is responsible for stimulating our cravings for alcohol. The study was published in the journal Biological Psychiatry.

There are often those “weak” moments when we find ourselves craving for a bottle of chilled beer, but before you blame yourself for frail-willed, consider what a study published in the journal Biological Psychiatry has to say about it. 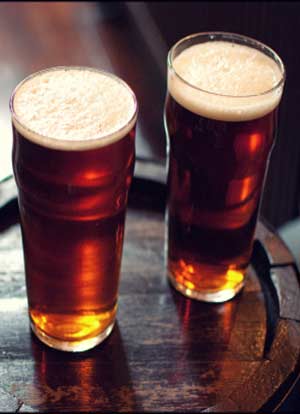 The study has found that a hormone, ghrelin, in our body is responsible for stimulating alcohol cravings in our body. The hormone is released by our stomach and it induces appetite and food intake. Alcohol is seen as a psychoactive substance that affects the brain operations and is also a high-caloric food.

“The findings provide a direct translation of the role of ghrelin in alcohol-seeking behaviours in humans from previous research conducted in rodents,” said Lorenzo Leggio.

45 alcohol-dependent men and women were analysed for the study in a laboratory. These individuals were heavy-drinkers who did not seek any treatment. They were randomised to receive one of the three different doses of ghrelin. One of those doses served as a placebo and was at 0 mcg/kg.

The drug was intravenously administered into the volunteers and they were exposed to both natural and alcohol cues. They were repeatedly assessed for their urge to drink alcohol. Compared to placebo, ghrelin significantly increased alcohol craving but had no effect on urge to drink juice.

“This sheds new light on a role for ghrelin in alcohol craving, rising the possibility that ghrelin signalling might be targeted by future treatment for alcohol use disorders,” concluded John Krystal, editor of the journal Biological Psychiatry that published the study.