Get Healthy Liver with Caffeine

Drinking coffee and tea may not be such a bad thing after all. Scientists have discovered that caffeine intake can keep your liver healthy. Know more.

Scientists have found that drinking four cups of tea or coffee daily can help those with fatty liver disease keep their organ healthy. 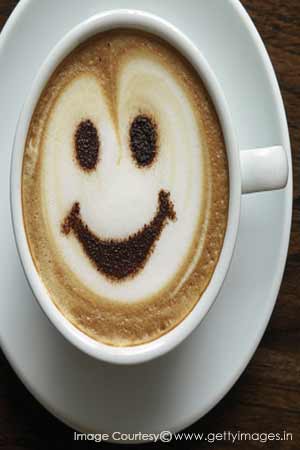 The study suggested that fatty liver in people with non-alcoholic fatty liver disease (NAFLD) can be reduced with increased caffeine intake.

An international team of researchers led by Duke- National University of Singapore Graduate Medical School (Duke-NUS) and the Duke University School of Medicine have inference the above mentioned points.

Statically, 70 per cent of people diagnosed with diabetes and obesity have NAFLD worldwide, the major cause of fatty liver not due to excessive alcohol consumption.

The authors of study, used cell cultures and mouse models to observe that caffeine stimulates metabolism of lipids stored in liver cells. It also decreased the fatty liver if mice that were fed a high-fat diet.

The researchers suggest that consuming the equivalent caffeine intake of four cups of coffee or tea may be beneficial in preventing against the progression of NAFLD in humans.

The study was led by Paul Yen, associate professor and research fellow, and Rohit Sinha, of the Duke-NUS Graduate Medical School's Cardiovascular and Metabolic Disorders Programme in Singapore

"This is the first detailed study of the mechanism for caffeine action on lipids in liver and the results are very interesting," Yen said.

"Coffee and tea are so commonly consumed and the notion that they may be therapeutic, especially since they have a reputation for being "bad" for health, is especially enlightening," Yen added.

The team said this research could lead to the development of caffeine-like drugs that do not have the usual side effects related to caffeine, but retain its therapeutic effects on the liver.

The findings will be published in the journal Hepatology.