Scientists in Washington have identified the inherited genetic mutation linked to increased risk of developing the most common type of childhood leukaemia.

In a foremost research, scientists have singled out an inherited genetic mutation linked to increased risk of developing the most common type of childhood leukaemia. 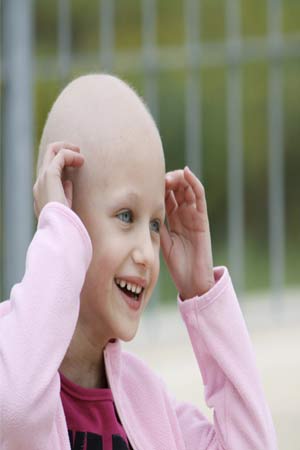 Researchers from Memorial Sloan-Kettering Cancer Center, St Jude Children’s Research Hospital, University of Washington, and other institutions have made this discovery.

"At the very least this discovery gives us a new window into inherited causes of childhood leukaemia. More immediately, testing for this mutation may allow affected families to prevent leukaemia in future generations," said study author Kenneth Offit, Chief of the Clinical Genetics Service at Memorial Sloan-Kettering.

A family getting treated at Memorial Sloan-Kettering showed the mutation first. Several family members of different generations had been diagnosed with childhood acute lymphoblastic leukaemia (ALL). The second case was reported from a non-related leukaemia prone family that was being cared at a different hospital. It was later found to have the same mutation.

A series of experiments were conducted that confirmed that the observed mutation compromised the normal function of the gene, which may increase the risk of developing ALL. The inherited genetic mutation is located in a gene called PAX5, which is known to play a role in the development of some B cell cancers, including ALL.PAX5, a transcription factor or "master gene," regulates the activity of several other genes and is essential for maintaining the identity and function of B cells.

In all study participants, one of the two copies of the PAX5 gene was missing, leaving only the mutated version. The newly discovered gene mutation may someday help scientists determine how to target transcription factors to treat other non-inherited forms of leukaemia where the PAX5 mutation is present.

"With a better understanding of the genetic elements that induce cancer susceptibility, or drive cancer to grow, we can more precisely target therapy as well as potentially prevent cancer from occurring in the first place," added Offit. The discovery was published in the journal Nature Genetics.

Lithium could be Useful for curbing Suicide Rates