Genes a Risk Factor for Cancer, Says a New Theory

Investigators, through a new theory have blamed activation of genes to be a cause of cancer. Your ancestral history will now be important to know if you are at a risk. 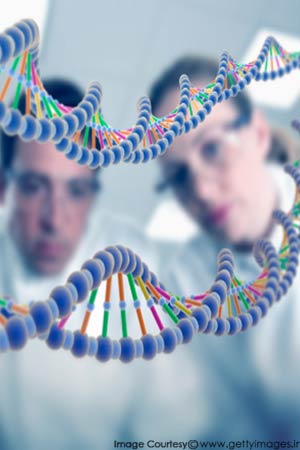 A new radical theory by scientists proposes that a set of genes that has been passed on to us from our early ancestors may cause cancer.

The particular genes are said to be “switched on” in the initial stages of an organism’s life as cells differentiate into specific forms.

The theory claims that these genes are involved in the development of the embryo but are switched off thereafter. In adulthood, these genes reactivate inappropriately as a result of some sort of damage such as chemicals, radiation or inflammation.

Cancer has traditionally been known to start from a scratch as a result of accumulation of random genetic mutations.

It suggests that cancer is a throwback to an ancient genetic "sub-routine" where the mechanisms that usually instruct cells when to multiply and die malfunctions, thus forcing the cells to revert back to a default option that was programmed into their ancestors long ago.

"To use a computer analogy, cancer is like Windows defaulting to 'safe mode' after suffering an insult of some sort," Davies said.

Charles Lineweaver of the Australian National University is a co-investigator of the theory.  The study suggests that the malfunction is the start of a number of events that are collectively known as cancer such as accumulation of cells that form tumour, which eventually spread to other parts of the body and invading and colonising.

"Very roughly, the earlier the embryonic stage, the more basic and ancient will be the genes guiding development, and the more carefully conserved and widely distributed they will be among species," Davies said.

Several research teams around the world are currently providing experimental evidence that shows the similarities between the expression of genes in a tumour and an embryo, adding weight to Davies and Lineweaver's theory.