Now parents of kids with ADHD can deal with their children without being stress-free with this new app.

Parents who have a hard time dealing with their angry child can now seek relief with the help of a new app that makes the task much easier and simpler. The app has been designed by scientists at Microsoft Research and University of California, San Diego. 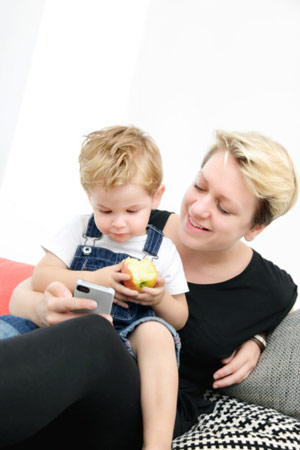 The app, which is called ParentGuardian, provides research-based strategies to help decrease stress during an emotionally charged interaction with the children. The app had been first tested on a small group of parents of those children who were suffering from Attention Deficit Hyperactivity Disorder. It is a first of its kind app that detects stress and prevents interventions from happening in real-time.

“Instead of focusing on an individual in need we are looking at how to build and design technology for the family as a whole and what's beneficial for them”, said Laura Pina, who had presented her work at the 8th International Conference on Pervasive Computing Technologies for Healthcare that was held in Germany recently.

Pina added that the motive of her work was to be help parents be the kind of parents they wanted to be. Pina is a Ph.D. student in computer science at the University of California, San Diego and former intern at Microsoft Research.

The app combines a sensor that is worn on the wrist and has a smartphone and tablet and a server to analyse the data from the sensor. The interventions have been based on Parenting Behavioural Therapy that has shown to be effective in addressing needs of children suffering from ADHD as well as their parents.

The therapy helps parents to learn the skill that they need to work on. This theory has been shown to have long-term effects for both the parents as well as the children. It has been specifically designed to improve self-control as well as self-awareness in the children and also to help parents to manage their stress levels.

MORE FOR YOU
OMH Exclusive: All Queries Related To Omicron Variant Explained
Dealing With Burnout? Here Are Tips That Might Help
Covid-19: Two Cases Of Omicron Variant Reported In Karnataka
Post Dengue Mucormycosis: Know All About It And The Treatment From Expert
Renal Diet: Know 7 Foods That Could Help You During Dialysis
Stress Eating vs Binge Eating: Is There A Difference?