Researchers have found a new gene test that allows for early treatment of cancer.

Researchers in Chicago have found a new way of evaluating tumours, which they believe can soon help cancer patients to identify the underlying genetic link to the disease along with the best possible treatment without having to go through more than one single test.The researchers are all prepared to begin the clinical trials using a comprehensive testing method that takes alook at all the known genes that are likely in the tumour. 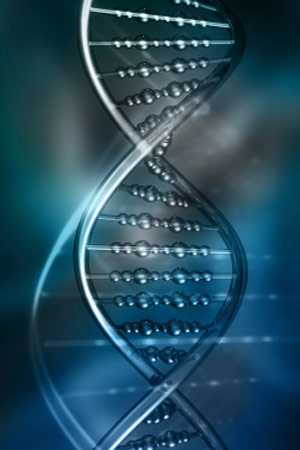 The new method can guide patients to the exact drug that can treat their problem earlier, thus replacing the current tests that are called companion diagnostics that take a look at only the specific biological trait or biomarker. Presence of a biomarker can tell whether the new class of drugs referred to as targeted therapies will work on the particular tumour or not.

The result of the broader tests can be used to identify which all patients may benefit from the experimental drugs that are being tested in the U.S. Experts  in the field view it as a future direction of the cancer diagnostics.The oncology chief of U.S. Food and Drug Administration, Richard Pazdur, said, "We really are moving away from this one drug, one biomarker, one companion diagnostic,".

In the case of advanced melanoma, about half of the patients who have tumours have mutation in the BRAF gene. Roche makes a drug that goes by the name Zelboraf; this drug is known to block the pathway, at least for a particular time. To get the drug, people will have to evaluate with an FDA-approved companion diagnostic test. One of these tests are also made by Roche.

In a lot of cases, the FDA requires single-biomarker companion diagnostics to be part of the drug approval process, but the broader testing model opens the door to several additional players in teh diagnostics space including the U.S.-based Foundation Medicine Inc and Thermo Fisher's Life Technologies.

In a trial that had started later this month, the patients with squamous cell carcinoma of the lung could be recommended for one of the five experiemental treatments based on the genes that are active. The Foundation Medicine's next generation sequencing platform will be utilised in screening over 6,000 lung cancer patients over five years. The Lung Master Protocol trial, which is also known as Lung-MAP is likely to take place in 400 research centers. The protocol is a public-private partnership between the National Cancer Institute, Amgen Inc, AstraZeneca, Pfizer and Cancer Research, which will be responsible for organising the trial.

MORE FOR YOU
Skipping Breakfast To Lose Weight: Is It Really Worth It?
From Caffeine, Sugar To Alcohol: How These 8 Foods Affect Mood
ECMO Therapy For Lungs: Know How It Can Help In Post Covid Lung Recovery
Know About 5 Lifestyle Habits That Might Cause Your Skin To Age
Know About Different Types And Levels Of Cerebral Palsy Brain Disorder
COVID-19: Is Omicron Deadlier Than Other Variants? Everything About New VOC