Eyebrow reading: shape and their meaning

If your eyes are the windows to your souls, your eyebrows are the ones that frame it. Eyebrows are one of the features which can make your face stand out, but besides that they can also be a guide to your personality.

According to scientists eyebrows serve a greater purpose than just protecting your eyes from dust and dirt. Scientific studies now suggest that eyebrows are one of the most important feature for facial recognition. How you shape your eyebrows can define your look and give away a lot about you before you even introduce yourself. 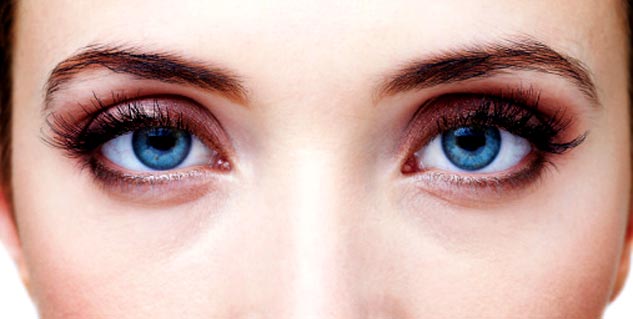 Read on to find out what different eyebrow shapes mean.

Thick eyebrows are all the rage right now, the trend has suddenly shifted from thin, perfectly shaped ones to thick luscious eyebrows. People having naturally thick eyebrows are believed to be passionate, they are also very loving and generous to those close to them.
Thick eyebrows indicate higher mental activity and hence belong to a thinker, usually these people are also good at multitasking.

Thin eyebrows give a well-structured look to your face and are considered feminine in many cultures around the world. Thin eyebrows indicate that a person is highly intelligent, but likes to limit themselves to one task at a time. They are bit of a perfectionist and like it when things take place according to their will. Having thin eyebrows also makes you look less intimidating and more approachable.

According to scientific studies, curved eyebrows give a sense of trustworthiness and warmth to the face. A person with curved brows is usually very people-oriented and generous. These people are patient and generally display a good sense of business. People are more likely to trust and like a person having curved eyebrows.

Angled eyebrows can look very beautiful and at the same time authoritative. People with high angled brows seldom have their methods challenged. They like to be in charge and are very good at it too. A person blessed with such eyebrows naturally will set high expectations for themselves and for others and would be a very independent person.
High brows which are angled just above the eyes are also sometimes called queen brows, as they make the face appear intimidating yet classy.

Straight eyebrows can make a person look intellectual and adroit. People with eyebrows shaped like this are intelligent and practical, they like to make the important decisions in their life based on logic, rather than emotion. These people emotionally steady and always have a clear head about their next task. Each step of theirs is carefully planned and executed and they rarely let their hair down or act impulsively.