Researchers at the University of Pittsburgh have revealed another reason to indulge in the fishy favourite ‘sushi’.

Researchers at the University of Pittsburgh have revealed another reason to indulge in the fishy favourite ‘sushi’. It has been discovered that the omega-3 fatty acids in fish can reduce hardening of the arteries. 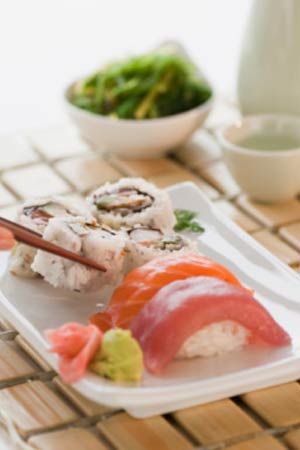 They found that middle-aged men in Japan have less coronary artery calcification than middle-aged white men in the U.S. According to them, this could be because Japanese men consume significantly more fish.

According to the lead author, Akira Sekikawa, multiple studies have looked at the effect of fish oil on cardiovascular health, with mixed results. This study seems to indicate that the level of marine-derived omega-3 fatty acids consumed must be higher than previously thought to impart substantial protection. It is worthwhile to take another look at the effect of marine-derived omega-3 fatty acids on heart disease, particularly when consumed at higher rates.