E-Cigarettes could Contribute to Drug Addiction

A new study shows that the e-cigarettes on which we have somewhat learned to put our trust is no different, it can in fact push you to start addictive drugs. 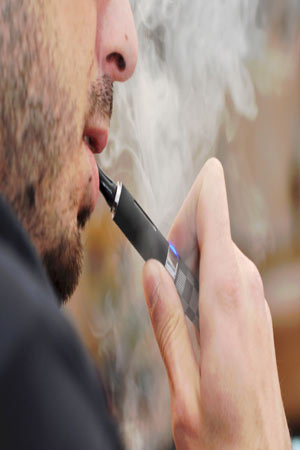 A new study has now revealed that by smoking e-cigarettes you can get encouraged to getting addicted to stuffs such as marijuana and cocaine. This study was presented at the Massachusetts Medical Society, and in this the e-cigarettes were examined to so as to see whether they could be a gateway drug to other drug addiction.

Study co-author Denise B. Kandel, PhD, professor of sociomedical sciences, Department of Psychiatry and Mailman School of Public Health, at Columbia University Medical Center (CUMC) said that the e-cigarettes can definitely eliminate the health effects which are associated with tobacco, but at the same time they are also pure nicotine delivery devices.

The findings in the study which was published in the online edition of the New England Journal of Medicine provided a biological basis for the sequence of drug use which was observed in people. It was found that one drug could alter the participants’ brains’ circuitry in such a way that it could enhance the effects of the subsequent drugs.

Dr. Kandel also said that the e-cigarettes could have similar psychological effects on the brain and could pose the same risk as addiction to other drugs as it happens with regular cigarettes. This is especially true during adolescence which is a very critical period of the development occurring in the brain. Nicotine acted as a gateway drug on an individual’s brain, but this could likely happen when the exposure is coming through cigarettes, passive tobacco smoking or even e-cigarettes.