Are you a tea lover? Do you also enjoy a hot cup of tea very often? But it can increase your cancer risk says a new study.

A hot cup of tea is a priority for a large number of people. They find it difficult to start their day without a cup of tea. Whereas some people are so addicted that they need tea after regular intervals. Most of the tea drinkers enjoy their tea piping hot. But here is a bad news for all tea lovers. According to a recent study, drinking piping hot tea can increase your risk of esophageal cancer.

The study claims that those who drink tea warmer than 60 degrees Celsius or 140 degrees Fahrenheit are at a higher of esophageal cancer. 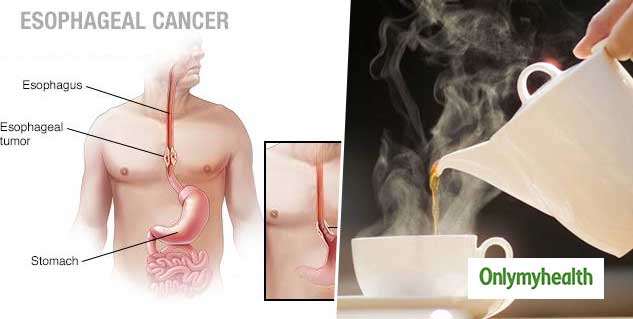 Also read: Is it Right to Drink Tea after Meals

The study was published in the International Journal of Cancer which observed 50,045 individuals aged from 40 to 75 years.

"Many people enjoy drinking tea, coffee, or other hot beverages. However, according to our report, drinking very hot tea can increase the risk of esophageal cancer, and it is, therefore, advisable to wait until hot beverages cool down before drinking," said Dr. Farhad Islami who is the lead author of the study.

The study also suggests that one should wait for at least four minutes before drinking the freshly prepared tea.

The researchers involved in the study stated - drinking almost two large cups of tea more than 60 degrees Celsius cam almost put you at a 90 percent higher risk of esophageal cancer.

The study also concluded that these findings can also be extended to other hot beverages like coffee or hot chocolate.