Breast cancer alert! Daily consumption of dairy milk can cause breast cancer in women. Get more details in this article.

We all grew up hearing the health advantages of drinking milk. Remember how our mothers ensured that we don’t step out of the house without finishing our milk glass? Milk is a rich source of calcium which is particularly beneficial for women to protect their bones against age wear and tear. But recent research has brought a twist in the tale. It is found that daily consumption of dairy milk can up the risk of malignant breast cancer by 50 percent.

An article published in the International Journal of Epidemiology says that researchers from Loma Linda University, the United States of America have found strong evidence that regular consumption of dairy milk could put women to the risk of breast cancer. The risk percentage depends upon the consumption of milk but it can go up to 80% in some cases. This study could lead to new dietary recommendations for women. "Consuming as little as one-fourth to one-third of a cup of dairy milk per day was associated with an increased risk of breast cancer of 30 percent," said co-author of the research Gary E. Fraser.

"By drinking up to one cup per day, the associated risk went up to 50 percent, and for those drinking two to three cups per day, the risk increased further to 70 percent to 80 percent," he said.

This research was conducted on about 53,000 cancer-free North American women. Their health stats were recorded at the beginning which included details like a family history of breast cancer, hormonal medication, alcohol consumption, physical activity level, gynecological and reproductive history. The participants were studied for eight years. By the end of the period, around 1,057 women were detected with breast cancer. The team then analyzed the link between dairy and soy products with the development of breast cancer. 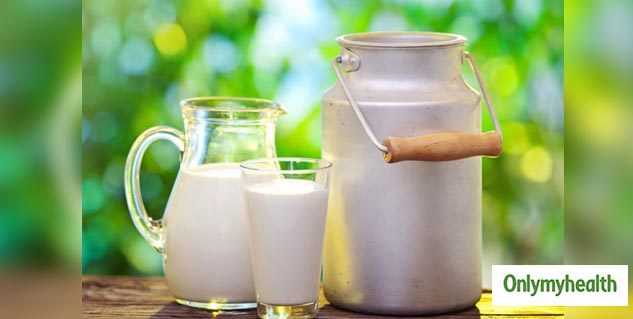 High consumption or regular consumption of dairy milk was found to be the common factor amongst all the cases. Thus, it was derived that there is a strong association between dairy and breast cancer risk. Also, there is minimal difference in the percent valued of consumption of full-fat or low-fat milk.

"Dairy foods, especially milk, were associated with increased risk, and the data predicted a marked reduction in risk associated with substituting soymilk for dairy milk. This raises the possibility that dairy-alternate milks may be an optimal choice." Fraser said.

Researchers believe that this association could be due to sex hormone content present in dairy milk as cows or buffaloes produce milk when they are lactating. Also Read: Being An Early Riser Can Reduce Chances Of Breast Cancer

Other Foods That May Cause Breast Cancer

Here is a list of some foods that are believed to trigger this malignant disease. Women should cut down the consumption of such foods:

MORE FOR YOU
World Menstrual Hygiene Day 2022: How Often Should You Change Sanitary Pads
7 Main Types Of Massage And Their Benefits
5 Common Relationship Quotes That Are Actually Myths
6 Must Have Nutrients For Children Every Parent Should Know About
Make Marigold Flower A Part of Your Hair Care Routine, Read Benefits & Uses
Follow These 7 Quick Home Remedies To Treat Seasonal Rashes