Black coffee can be exceptionally good for helping you to lose weight. Here is a look at how it works. Caffeine present in the black coffee is the chief factor for weight loss.

Black coffee is the first thing that comes to our minds after waking up in the morning. Black coffee somehow gives a sudden burst in energy and allows us to get super active. What is its role in weight loss? Drinking coffee before workout helps in losing weight. The caffeine content in coffee speeds up the metabolism, providing a temporary energy boost that can result in a more intense workout, thus contributing to weight loss. Caffeine present in coffee is responsible for weight loss. People often consume caffeine to increase their energy and alertness levels. 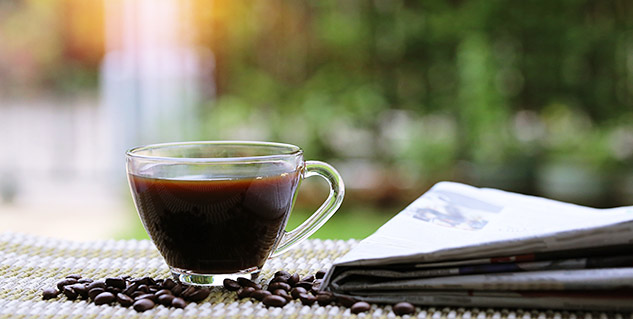 Caffeine triggers your muscles to use fat as an energy source instead of using the sugars from carbohydrates, thus decreasing your fat content. But this effect is short-lived and inconsistent from person to person. Caffeine has also been found to enhance an individual’s performance during endurance activities by increasing the body's ability to draw extra energy out of the fat reserves.

Caffeine has effect on the neurotransmitters dopamine, serotonin and acetylcholine. Low serotonin levels can cause you to crave carbohydrate-rich foods. By increasing these levels from caffeine intake, carbohydrate craving can be reduced or eliminated. Caffeine slightly increases the basal metabolic rate when consumed before a workout. So prolonged work out can be performed with more intensity enhancing weight loss.

Caffeine is regarded to enhance performance that’s called ergogenic aid. Caffeine boosts levels of nitric oxide in the bloodstream, resulting in increased blood flow to muscles. This can lead to longer, more thorough workouts that can cause increased weight loss.

Caffeine blocks certain chemicals which cause inflammation and soreness in the muscles post workout. This helps to train faster, longer and harder. Also, as black coffee is calorie free so naturally it does not add any calorie content into the body. This way, you are getting the weight loss stimulation without negating it through additional calories.

Black coffee is a way to lose weight but too much of black coffee possesses health problems also. Too much caffeine can cause insomnia, nervousness, restlessness, irritability, headaches and other problems. So it should be consumed in moderate amount to enjoy its benefits. It not only helps to boost the metabolism but it also provides numerous health benefits for your overall wellness.