What was earlier considered thin and unhealthy, the media has made it look desirable and attractive. People should watch out for such harmful impact on their body image through advertisement.

Advertisements are all around us. What we see impacts us in some or the other way. Advertisements on television, newspaper, internet, magazine, in films or anywhere also has an effect on eating disorders. A company invests a lot of money on the advertisement of their products. Even if the products are harmful or unhealthy, they are not bothered till the demand of their product is high. For promoting that unhealthy product, the image of, either a well built man or a slim beautiful women is used. 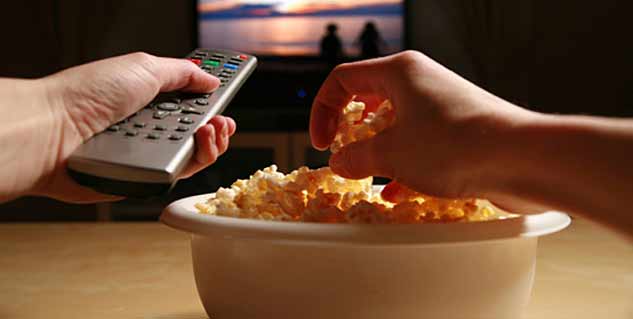 Due to changing lifestyles, people are exposed to more junk food than a healthy, nutritious diet. These advertisements show that slim girls are accepted as good and successful by the society. Thus, it changes and hampers the mindset of the people especially teens and the result is eating disorders. Earlier an ideal body was not a slim, sleek and skinny one but now it is and the cause can be attributed to the media and advertising. So the woman today, feels that if she is slim, she is good and acceptable by the society and also a successful person. And to achieve this, they go on dieting. This might lead to the main diseases caused by eating disorders: Anorexia and Bulimia.

How Advertisements Influence Our Eating Habits

The language of advertising is so persuasive there everyone seems ot be affected by it. Also the propagandist methods of advertising ensure that what a popular ad preaches is considered the truth. Terms such as low cholesterol, fat free, gluten free foods are so commonplace and randomly used that they are being misinterpreted by the beguiled audience. These ads target women, who are already under the pressure of looking good and are more likely to spend on shopping.

The Struggle with Body Image

Women who are not like those models portrayed in advertisements struggle to have a body like that by dieting and starving themselves and when they are not able to do, they suffer with problems such as depression, and a low self-esteem. Slimming and weight loss products are omnipresent so it is difficult to escape them.

Society and other factors are responsible for such portrayal of women but the advertisement industry has a major stake and is to be blamed for creating such stereotypes in people. For their profit they never show a healthy woman in their ads and by doing this they are negating the fact that there is no harm if someone is not as slim as their models are. So, advertisement industry has to take some action against it and these products should not be used and purchased by looking only at the face value.