How To Differentiate Between Schizophrenia and Schizoaffective Disorder

Schizophrenia and schizoaffective disorder have same origin but can affect people differently. Know the symptoms and causes of these disorders.

The effect of mental health concerns can have a direct impact on the physical health and abilities to perform day-to-day tasks. In most mental disorders, an individual has an abnormal interpretation of reality. However, the main concern is to diagnose such conditions, as most mental disorders are categorised the same. The outcome to mental disorders may be the same, but symptoms may seem to be similar. Schizophrenia and schizoaffective disorders are two mental disorders which are completely different from each other, but often mistaken as one. Both have different characteristics, varied symptoms and treatment methods. Let us know about these two mental health disorders from Psychologist Dr.Tanu Singh from Healthcare Clinic, Lucknowand how different are they from each other.

Despite having the same origin, schizoaffective disorder and schizophrenia are two different disorders, and both have different criteria of differentiation. Psychologist Dr. Tanu Singh from Healthcare Clinic, Lucknow describes that the origin remains same for both of them. “Both of these are core psychotic disorders and hence posses some common features or symptoms such as hallucinations, delusions and disintegrated thinking. This helps to understand the prominence of these disorders but does not reflect that they are truly interconnected. People suffering from either of the disorder face problems related to false beliefs and trouble understanding.” 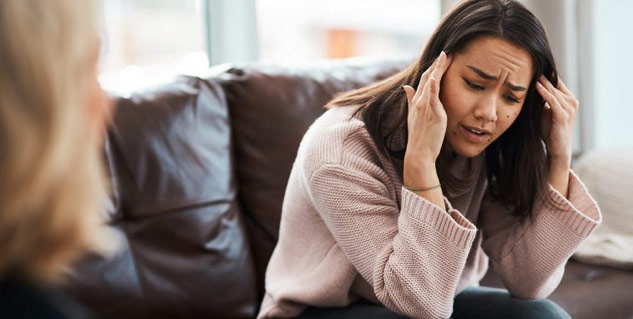 It is a mental health condition which causes inability of the person to think properly. It is quite possible that the person suffering from this mental disorder may have different approach towards reality. It becomes stressful for them to interact with other people due to presence of psychotic symptoms. Schizophrenia patients are unable to show much emotion and tend to speak less. They generally get hallucinations and delusions which affect their speech ability and lead to disorganised behaviour. Other problems include inattention, memory loss, inability to process information and trouble in problem-solving.

What Is Schizoaffective Disorder?

This type of disorder can be both severe and non-severe depending on the type of schizoaffective disorder. It is a mental health condition where person experiences psychotic symptoms as delusion, hallucinations, disorganised thinking etc. which further leads him to mood disorders, depression or mania. It can be further classified depending on its types-

Bipolar Schizoaffective type- This is categorised when the person has had episodes of mania or major depression. This can be tricky to treat and hence a complex type of disorder.

Depressive Schizoaffective type- This type of disorder occurs when there has been incidents of major depression but did not go towards mania.

Since they come from the same origin there are not major differences in symptoms but are enough to categorize them separately. Schizophrenia has more chances of person developing mood disorders whereas that is not the prominent case with schizoaffective disorder. 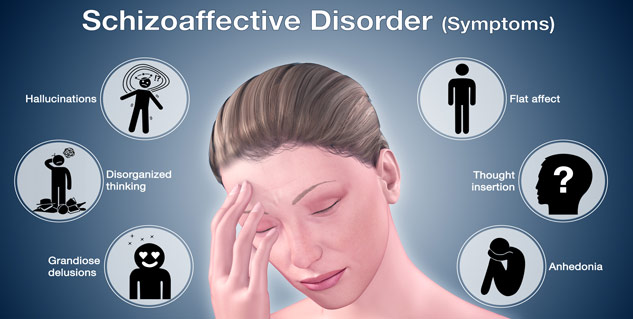 What Is Difference in Progression Of These Disorders? Difference Between Mood and Psychotic Symptoms

MORE FOR YOU
5 Plants That Are Good For Your Skin, Hair and Overall Health According To Ayurveda Expert
Top 10 Health Problems Faced By Millennials
How to Avoid Germs in Public Restrooms And Washrooms
What is Hypertensive Emergency? Know About Symptoms, Causes And Risks
Second Marriage Can Be A Life-Changing Decision For You, These Benefits are Proof
What Is Racial Trauma And How To Cope With It