Craving that another slice of pizza? Blame your brain!

Brain restrains signals and tells body to consume lip-smacking pizzas and burgers, says a new study. Panfull of pizza and cheese toppings in actuality can direct your head to munch it all.

Brain restrains signals and tells body to consume lip-smacking pizzas and burgers, says a new study. Panful of pizza and cheese toppings in actuality can direct your head to munch it all. Yes this is true and now it’s official.

This psychologically satisfying study by UT Southwestern Medical Center, Dallas, revealed that fat content from variety of foods such as burgers and ice-cream goes straight to the brain. 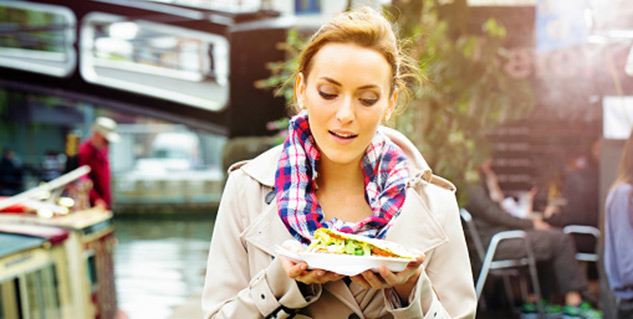 It is a process where the brain is prompted by the fat molecules to drive messages to body’s cell- with a word of caution to pay no heed to the hunger-restraining warning signs. It is then instigated by insulin and leptin- the two fundamental hormones which help keeping a check on one’s weight.

Research shows that this process can last up to three days.  Experts suggest that usually our bodies know where to put a stop to when we are consuming food in excessive amount. However, that is not the norm in cases where the food happens to suit our taste palette and is irresistibly good.

Medical reports suggest that an individual’s whole brain working can alter in a considerably small period of time. Their results imply that when one binges on foods high in fat content, their brain tends to catch a ‘hit’ because of the fatty acids present in them. This in result makes body opposed to leptin and insulin. Thus, one is not informed by the brain to put a halt in their eating and is likely to overindulge.

The experts also discovered that a particular variety of fat which is known as palmitic acid- most prominent in beef and dairy products such as butter, milk and cheese- is predominantly successful at initiating this particular mechanism.

This study was chiefly conducted on mice and rats. However, the scientists say that this shatter proofs ordinary nutritional suggestions leading one to eat in much more amounts, than usual.

This particular study was performed by revealing mice and rats to fat content in many ways. It was done by inserting numerous varieties of fats straight into the brain, either via nourishing the animal through a stomach tube nearly thrice a day or by carotid artery.

Animals were given an equal quantity of fats and calories though the type of fat varied. Palmitic acid, unsaturated oleic acid and monounsaturated fatty acids were the different type of fats given to them which is commonly found in our everyday food such as grapeseed oil and olive oil.

According to Dr Praveen Gupta, Neurologist, Artemis Hospital, “There are various centres in the brain that stimulates your appetite. It may increase or decrease. You may have various moods just by looking at the food.”

Many people have food according to their taste and some go by health factor and availability. People are not really guided about the health factor of the food they intake and that is the reason they usually pick the taste pattern ignoring the health perspective. Junk food may impair how your brain responds and can further make it duller. Lack of concentration is another factor that is caused due to continuous intake of junk food.

“Socio-Cultural behaviour is the chief reason that attracts maximum towards the junk food. For instance, people who are vegetarian in school usually become non-vegetarian in college which leads to behavioural change in people. Secondly, they adapt habits such as smoking and drinking. They usually adapt an environment around them ignoring the health perspective thinking it’s "IN and HEP,” adds Dr Gupta.

In brief the most observed way to lose weight by researchers is to get in link to the psychosomatic connection of food.

So, now we know what to blame, when you hog tubful of indulgence.