Doctors at the Fortis Hospital, Shalimar Bagh, New Delhi have successfully carried out a critical brain surgery on a 26-year old pregnant lady with twins, making it no less than a miracle. 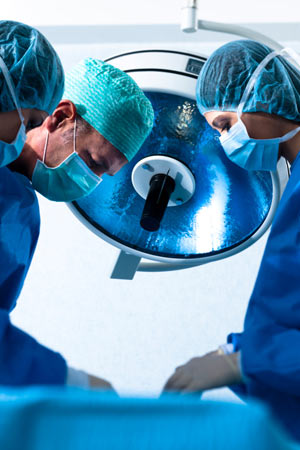 The lady complained of severe headache, vomiting and drowsiness in her second trimester and was diagnosed with aneurysm, resulting in brain haemorrhage.

A cerebral aneurysm is a weak or thin spot on a blood vessel in the brain that balloons out and fills with blood, putting pressure on a nerve or surrounding brain tissue. It may also leak or rupture, spilling blood into the surrounding tissue and is known as haemorrhage.

It was a challenge for the doctors to diagnose the condition of the patient as CT scan and X-rays are considered relatively unsafe during pregnancy.

With a mortality rate as high as 25 to 30 per cent, there was a severe threat to the life of the mother and unborn babies.

Dr Anil Kansal, Sr. Consultant & Head Neuro & Spine Surgery said: "The lady was brought to the hospital in a very critical condition. Rupture of an aneurysm in the brain had resulted in heavy internal bleeding jeopardizing her life and that of the unborn babies. We immediately carried out a complex micro-surgery, clipping the aneurysm to stop the internal bleeding and were successful in saving the three lives."

A small metal clip was used to pinch the blood vessel at the neck of the aneurysm to stop the blood from flowing into the aneurysm. After that a craniotomy was performed to create an opening in the skull to reach the aneurysm in the brain.

The patient was kept under observation for 14 days. Since no unusual neurological complication was observed, the patient was discharged.

Expressing her happiness on the successful completion of the surgery, the patient and now a proud mother of two, Ms Pratibha Sharma, said: "I am grateful to God and my doctors for gifting me a second life and a chance to see my beautiful babies."

Speaking on the success of the rare neuro surgery, Jasdeep Singh, Facility Director, said: "It gave us immense happiness to save the three lives reaffirming our commitment to healthcare through clinical excellence."