Chromium Supplements do not Help to Lower Blood Sugar Levels

A new study has shown that chromium supplements do not help with diabetics to lower their fasting blood sugar levels. 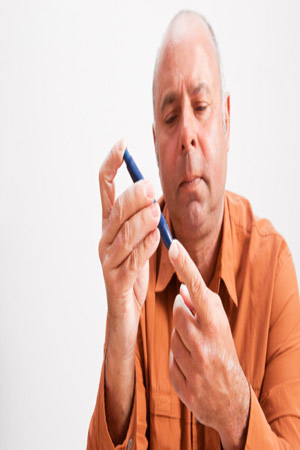 A new research suggests that lowering fasting blood sugar in healthy individuals or diabetics will not be helped by chromium supplementation.

The research done at University of Miami debunks the previously held belief that chromium supplementation would be helpful to control and prevent diabetes. This research collected nearly three decades of data on the effect that chromium supplementation had on blood sugar and it finally concluded saying that these supplements are not really effective at lowering fasting blood sugar in healthy individuals or in diabetics.

The chromium in question here is a mineral which is required by humans in small amounts and is naturally obtained in diet, and a few cases of deficiency have in fact been documented.

Christopher H. Bailey a Ph.D. candidate who is with the Department of Kinesiology and Sport Sciences at the University of Miami’s School of Education and Human Development and the author of the study said, "Some previous research reported that chromium supplements lower the levels of fasting glucose. However, the effect may have been exaggerated or mistaken for the effects of other concurrent treatments, such as exercise training."

There were 809 participants involved aged between 36 to 67 years and the chromium supplements included were chromium chloride, chromium picolinate, chromium nicotinate, chromium dinicocysteinate and chromium yeast. Doses of chromium ranged from 200 to 1,000 μg per day.

Previous studies had used different methods to analyze and report their results, and such differences in the methodology could lead to different results regarding the effect of chromium supplementation. However, the possibility that chromium may have other effects of interest cannot be ruled out. The author Christopher Bailey further said, "Although chromium supplementation doesn't lower fasting blood sugar, there may be other beneficial effects on the body that require more research, fasting blood sugar is only one aspect of human health.”

Bailey had also said that the more research is in fact necessary to show whether other dietary supplement ingredients which could have a positive, negative or no effect on the blood sugar.