Scientists have found a cell protein in mice that helps the malaria parasites to move through the liver in which few organisms multiply into many and are then release into the bloodstream.

Scientists have found a cell protein in mice that helps the malaria parasites to move through the liver in which few organisms multiply into many and are then release into the bloodstream. If the same results hold up in human beings, drugs that target the entry protein may help in preventing spread of the disease. 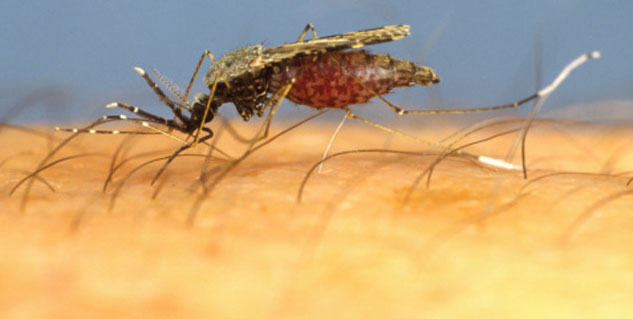 Malaria is caused by a parasite called Plasmodium falciparum, which gets transmitted to humans through mosquito bite. Recent efforts to limit transmission of parasite and increase treatment coverage has led to a reduction in the number of malaria-related deaths, though the parasite is still responsible for causing roughly 200 million new infections and over half a million deaths all over the world in a year.

The first place where malaria parasites in humans stay is the liver. In the liver, the organisms multiply into tens of thousands and are then released into the bloodstream.  It is important for the parasite to pass through the liver so as to establish a productive infection and trigger the disease’s development. The bug’s entry route has also been traced to specialised liver cells called Kupffer cells. The exact reason how the parasite traverses these cells is not clear yet.

A team of scientists at Johns Hopkins Bloomberg School of Public Health has found that a certain Kupffer cell protein referred to as  CD68 is required for the parasite to move and cause liver infection. Mice lacking CD68 and 70 percent had fewer parasites in their livers compared with intact animals.
The study was published in The Journal of Experimental Medicine.