Blood donation is a simple process. But can a person taking blood pressure medication donate blood? Let’s find out.

Blood pressure is an important force that  helps in the transportation of oxygen and nutrients through our circulatory system. In addition to providing oxygen and nutrition, new blood can pick up the harmful waste products of metabolism, such as the carbon dioxide we exhale with each breath and the poisons we clear through the liver and kidneys.

Your health care provider generally questions you  about your medical history to diagnose high blood pressure. A stethoscope is generally used to listen to your heart as well. January is blood donation month, so a question may arise in your mind whether a person on BP medication can donate blood or not. Let’s find out from Dr. Ajay Agarwal, Director of Internal Medicine at Fortis Hospital, Noida.

Can Someone On BP Medication Donate Blood?

According to Dr. Agarwal, being hypertensive and on regular anti-hypertensive medication does not disqualify anyone from donating blood, as long as your blood pressure is below 180 systolic and below 100 diastolic at the time of donation. 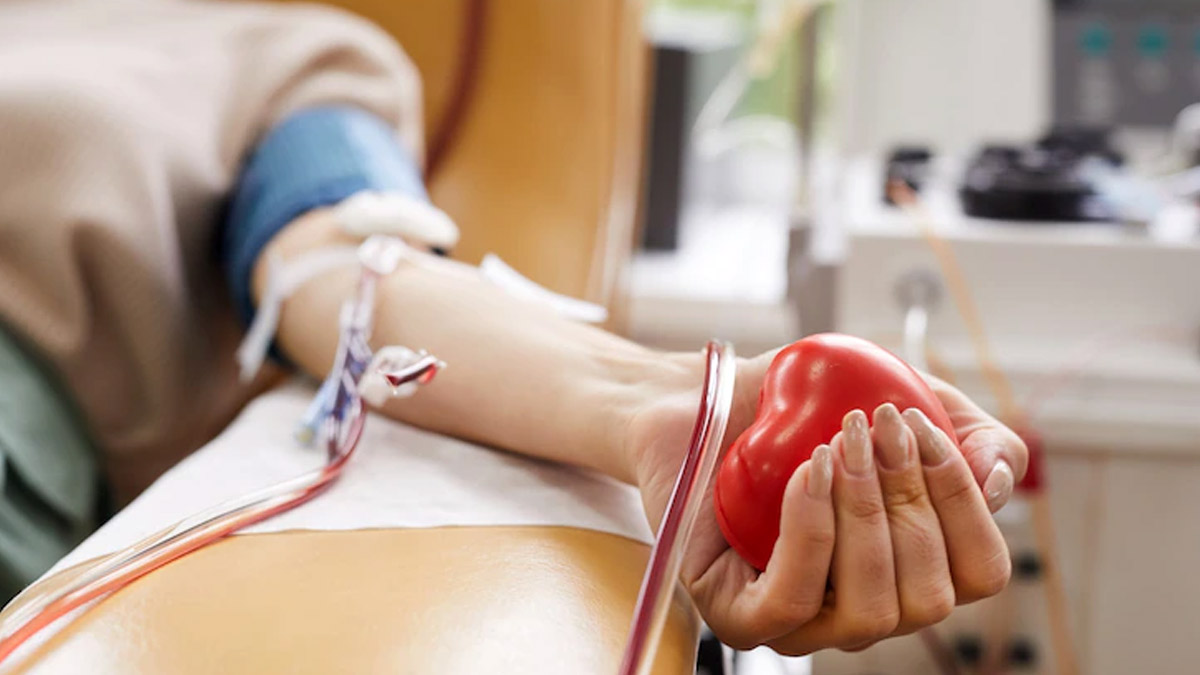 However one should avoid blood donation if they have comorbidities such as renal failure, heart failure, any recent surgery, or if the cause of hypertension is under evaluation. They should also avoid donating blood if they are suffering from any adverse effects such as feeling faint or dizzy directly arising from the medication or any alteration in Anti-hypertensive medication in the last four weeks.

Aforementioned rationale for not accepting donors on medication, other than beta blockers or diuretics for the treatment of hypertension was reviewed by the Standing Advisory Committee for the Care and Selection of Donors in 2008. It was decided that available data did not support the deferral of all individuals with controlled hypertension taking other medications.

Routine precautions should be followed; such as plenty of fluids before and after transfusion, a healthy meal before donation, an iron-rich diet thereafter. Avoid strenuous physical activity or heavy lifting for about five hours. In case you feel lightheaded, lie  down with your feet up until the feeling passes. Everyone donating blood including hypertensive patients should follow these rules.

To take this discussion further some recent observational studies have even suggested regular blood donations might be associated with a decreased BP in hypertensives although the evidence is preliminary. Considering some exceptions, patients on anti-hypertensive medication can donate blood without any fear.

Important Things To Know Before And After Blood Donation

Donating blood is simple and safe for most people, and potential donors must normally consent to donate their blood. A physician performs a physical examination on potential donors. Their blood is tested for infections, including viral hepatitis and AIDS, which can be spread through blood donations.

According to the World Health Organization (WHO), India has a 2 million blood unit annual deficiency since barely 1% of the Indian population donates blood each year.

Things To Consider Before Blood Donation

Things to know after blood donation

Image credit- FreePik
MORE FOR YOU
Role Of Pistachios In Reducing Weight & Belly Fat
How Exercising Can Help Deal With Side Effects Of Breast Cancer Treatment
What Thin People Don’t Understand About Dieting
Do You Frequently Get Toenail Fungus? Here's How You Can Prevent It
Types of Sports-Related Dental Injuries
How To Set Healthy Boundaries With Your Kids

Biting Your Nails? Know How It Can Affect Your Teeth And Gums