Kids who get Bullied have lasting Health Effects

Kids who are picked up by their peers seem to have lasting effects on their physical and mental well being. This is especially true when the bulling continues to persist for years.

In a new study researchers have found that kids who are picked up by their peers seem to have lasting effects on their physical and mental well being. This is especially true when the bulling continues to persist for years. It was found in the study that those kids who are chronically bullied seem to fare the worst. They have the lowest scores on the physical and emotional health aspect. 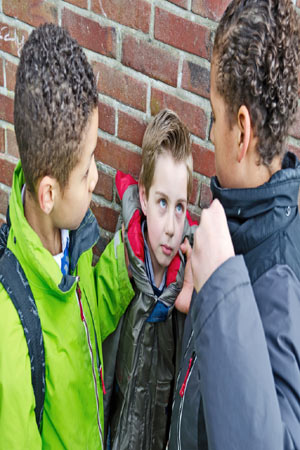 On the other hand those kids who were bullied at a younger age were doing better with time as the problem faded away. But none the less, they were anyway worse off than their peers were never had to face such hardships. Lead author of the study Laura Bogart who is a scientific researcher at the Boston Children’s Hospital said, "I think the message is straightforward. The effect of bullying compound over time and it’s important to catch it early."

These findings have been based on nearly 4,300 children from three American cities and were surveyed in fifth, seventh and tenth grades. Their ages were roughly around 10, 12 and 15. In at least one survey about 30 percent of them confessed getting bullied regularly. This meant that they were getting pushed around or teased at least once in a week.