Vaginal bleeding during pregnancy can be very alarming since oftentimes they are the indication of an underlying complication. Read ahead to know more

However it is an inevitable abortion, then part of the pregnancy has already aborted and this pregnancy cannot be saved. In missed abortion, there may be minimal bleeding outside but the baby’s heart beat has already stopped inside,as confirmed on sonography. Hence a cleaning of the uterus (D&C) has to be done. Onlymyhealth editorial team talked to Dr. Rishma Dhillon Pai Consultant Gynaecologist: Jaslok & Lilavati Hospitals to know about symptoms, causes and treatment of bleeding during pregnancy. 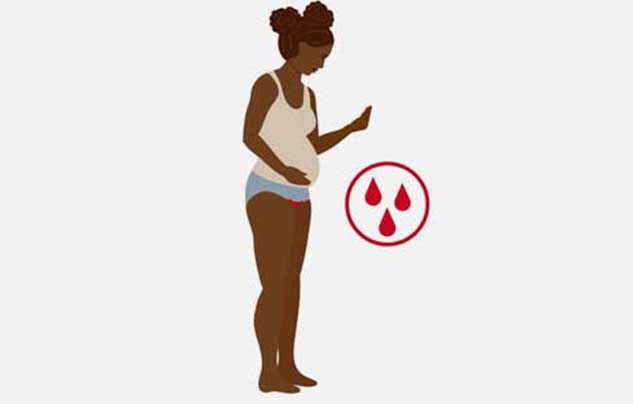 Causes Of Bleeding During Pregnancy

The commonest causes of bleeding during pregnancy are placenta pravia or abruptio placentae. Here are the causes:

Placenta pravia is a condition where the placenta, the main plate like area through which the baby gets its blood supply is located low down in the uterus (womb).When the placenta is near the cervix (the opening of the womb) there is a risk of bleeding anytime during pregnancy and this bleeding can be profuse. Anything like an internal examination, intercourse, any jerk or without any reason also the patient can have vaginal bleeding. This problem is diagnosed on sonography and there is no treatment for it.. Once bleeding starts, there is no way to stop this bleeding, except rest, blood transfusion if there is severe bleeding and delivery if the bleeding is uncontrollable. Most of these patients have to be delivered by caesarean section as the natural passage is blocked by the placenta.

The other serious cause for bleeding in late pregnancy is abruptio placentae. This happens when bleeding occurs behind the placenta. This may remain concealed or may be revealed as vaginal bleeding. This is a catastrophic condition often caused by high blood pressure in pregnancy or due to some trauma or sometimes no obvious cause. As the blood supply to the baby gets reduced or stops, baby can get distressed or can die inside immediately. Usually in these cases patients experience abdominal pain and the uterus is hard and tender to touch. An urgent delivery is the only way to salvage the baby.

As most of these problems are difficult to treat, the only way to manage is to do regular antenatal checks from early pregnancy. Folic acid supplementation is known to reduce the risk of abruption placentae. Placentae pravia can be diagnosed on sonography and precautions taken. Pregnancy induced hypertension (PIH) or high BP in pregnancy can be dangerous and has to be strictly monitored and this may reduce incidence of abruption. Prevention and care is definitely safer than cure, especially in these cases. 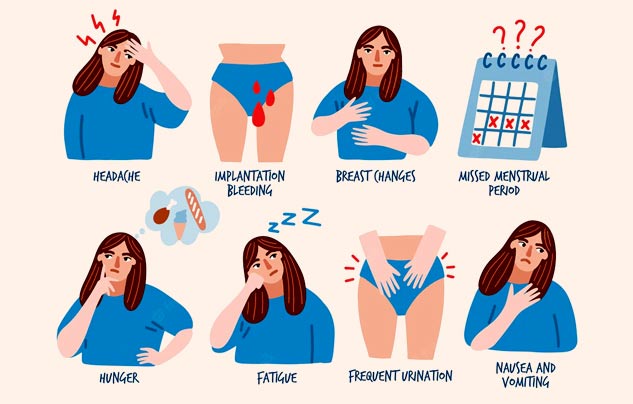 Also Read: Why Is There A Rising Trend Of Cesarean Deliveries Over Normal Ones? Expert Explains

Some treatments for vaginal bleeding during pregnancy can include:

A little bleeding during pregnancy is completely normal but vaginal bleeding in either of the trimesters oftentimes are an indication of an underlying complication or condition. This is why It’s always suggested to follow the recommendations of your healthcare provider after you're examined. try not to panic as even those who suffer from extreme vaginal bleeding during pregnancy.

Is Your Pregnancy High-Risk? Here’s What You Need To Know