Blame your Genes if you are a Mosquito Magnet

According to a new study carried out on twins, the likelihood of being bitten by mosquitoes could be because of one’s genes.

According to a new study carried out on twins, the likelihood of being bitten by mosquitoes could be because of one’s genes. The research from the London School of Hygiene & Tropical Medicine states that an underlying genetic component can establish how attractive people are to mosquitoes and that this is likely to be caused as a result of a genetic control of one’s body odour. 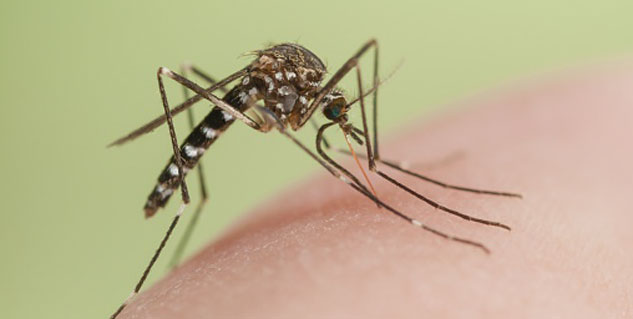 Even though the study is a pilot study, it provides a lot of information that may allow people to understand more about how intimate relationship with mosquitoes has taken shape through the years. The finding ultimately may result in development of better ways to control mosquitoes as well as the diseases that they transmit.

In the experiment, the Aedes aegypti, dengue mosquitoes, were released into a y-shaped tube that divides into two different sections.  The mosquitoes were allowed to fly down either side towards odor from the study participant’s hands to see which twin they were the most attracted to.

Female mosquitoes were seen to have a preference for the odor of certain people when they choose who they should bite to feed on the blood that they need to reproduce. Pregnant women were found to be more attractive to Anophele gambiae compared with their non-pregnant counterparts. People with greater body mass were also said to be more attractive to midges and mosquitoes.

Senior author of the study, James Logan, said that if they understand genetic basis for variation between individuals, it may develop bespoke ways to control mosquitoes in a better way and also help develop different ways to repel them. He added that in the future they may be able to take a pill that enhances production of natural repellants by the body as well as ultimately replace skin lotions.

The findings of the study have been published in PlOS ONE.