Recent Developments in Lung Cancer Management Explained By An Oncologist

Lung cancer is a challenging and life threatening health condition. Here are the options for managing this type of cancer

With the increasing pollution and Coronavirus disease, there is a huge risk of lung damage, further leading to lung cancer. There are many health ailments that are as life threatening and deadly as Covid-19, which includes lung cancer. Similarly, among all the non-communicable diseases that exist in the country, cancer causes one of the highest number of cases. According to a data by WHO, cancer is one of the leading causes of death worldwide, contributing to around 10 million deaths in the year 2020. Lung cancer is at the highest with 1.80 million deaths and 2.21 million new cases. Though women are more prone to cancer than men, but number of cases related to lung cancer is more in men, making it second amongst the other cancers.

If there are any of the symptoms like persistent cold, lingering cough, accompanied by sputum or blood and signs of breathlessness call for doctor’s attention and most importantly, the affected patient’s attention. However, these symptoms are usually thought of as results to changing weather, prompting home remedies or over-the-counter antibiotics. This delays the visit to a doctor, thereby reducing the chances of timely detection and initiate treatment. Onlymyhealth editorial team spoke to Dr. Kshitij Joshi - Director and Consultant Medical Oncologist, Mumbai Oncocare Centre, about some major developments in lung cancer treatment & diagnosis options. 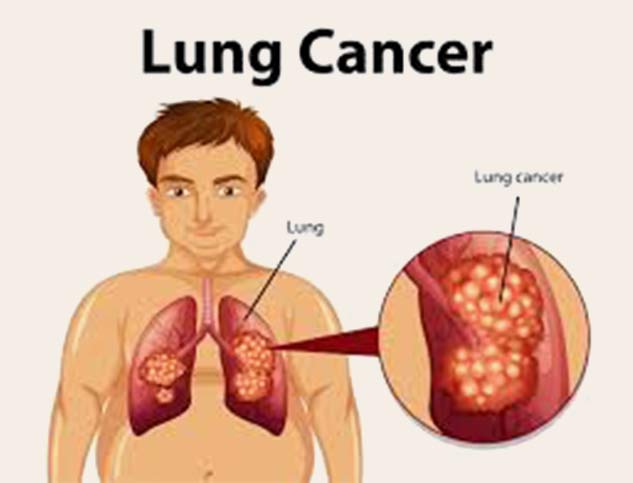 There are many advanced treatments available for lung cancer and research related to therapy has progressed at a very rapid pace in unravelling the molecular complexity of lung cancer. This has enhanced our understanding of treating lung cancer patients more effectively. This has also allowed medical science to develop different tests and targeted treatment for each type of lung cancer to derive better outcomes.

Immunotherapy, which is also called  biologic therapy is a type of cancer treatment that improves the body's natural defenses to combat cancer. The therapy can lead to a drastic change in cancer treatment. Immune checkpoint inhibitors can be taken as drugs that helps in releasing the brakes on the body’s immune system, so it can damage cancer cells. Once the immune system is able to find the response to the cancer, it might be able to slow down cancer growth or even stop it. The expansion of immunotherapy continues to grow new findings on how and when these new treatments can work effectively for a patient.

Liquid biopsy, also named as fluid biopsy or fluid phase biopsy, is the sampling and analysis of non-solid biological tissue, primarily blood. It is a great technique that helps the doctor find cancer at an early stage to know how effective is the treatment. With multiple blood samples over a period of time, it can also help doctors in knowing what kind of molecular changes are developing in a tumor. Artificial intelligence is basically the simulation of human intelligence processes by machines. According to a new study conducted by the Institute of Cancer Research, London, it was proved that AI can detect patterns that are more than the limit of the human eye. Such therapies can develop in future for lung cancer by taking the help of these advancements. This proves that new techniques of treatment can help those who are not responding well to standard hormone therapies.

These imaging process help in detecting and diagnosing lung and other cancers. The scan helps the doctor in identifying if the patient has proteins that are helping the cancer cells grow which further contributes towards deciding the best treatment for the patient. With a range of several cancer treatment breakthroughs, along with technological methods and new techniques for cancer prevention such as screening and imaging, these can help in better patient outcomes.

As part of the Sustainable Development Goals, India is committed to achieving a one-third reduction in cancer-related deaths by 2030. There are many programmes and initiatives started by the Government, including Ayushman Bharat, Swasthya Bharat, Swachh Bharat Abhiyan, Poshan Abhiyaan, Pradhan Mantri Bhartiya Janaushadhi Pariyojana and FSSAI’s new labelling and display regulations and drug price control can encourage inter-sectoral and multi-sectoral action, to unload the burden of cancer from the country.

What Are The Risk Factors For Pancreatic Cancer? Know Treatment Tips From Oncologist