Marie Jane vs John Barleycorn: A Marijuana and Alcohol Debate

Marijuana has always been considered the illegal drug, whereas alcohol as we know is the legal fun filled 'drink'. Which one is safer for mankind?

The dangers of alcohol abuse are staring right at the face of humanity, from drunken fathers to nostalgic brutes who swear by the bottle. Alcohol has always been a definite problem for our world. On the other hand Marijuana is the poster child of controversy, whether it is legal or illegal is something that we would like to leave to your good sense, but are they any good? How safe are you, if you are smoking weed, or drinking alcohol, or may be doing both. Ladies and gentlemen, from the mountains of the world presenting 1 gram of the finest marijuana, and from the far west, only the finest Kentucky Bourbon fighting for the position of being the “safe one”. Let’s get ready to rumble. 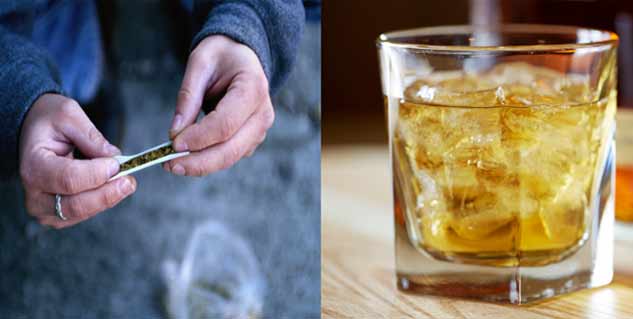 There is no absolute safety for those who like to get baked. A common theory is that Marijuana is safer because unlike alcohol it does not drop you dead and kills you when taken in excessively. The fact is that many people die from alcohol abuse, while no one really dies from marijuana. Moreover, there was never a fatal marijuana overdose from marijuana, but we have definitely seen cases of fatal overdose when it comes to alcohol. In fact, American Scientist had reported that alcohol is one of the most toxic drugs that could lead to death if used ten times more than what is consumed usually.

Let us do some comparison between the two.

While puffing a joint can cause trouble for your health, drinking alcohol increases the risk up to eight times. Also, the annual cost of alcohol consumption is way higher than when compared to the use of marijuana. Therefore as per research, alcohol poses a far greater risk when it comes to your health as opposed to marijuana.

Now we have already discussed earlier about the issue of overdosing. You can die binge drinking, but this is not going to happen with marijuana. But this is not to say that marijuana does not have any effects. Marijuana affects the cardiovascular system and increases your heart rate and blood pressure, this is alarming but you cannot possibly die from it as fast as you would if you had overdosed on alcohol. 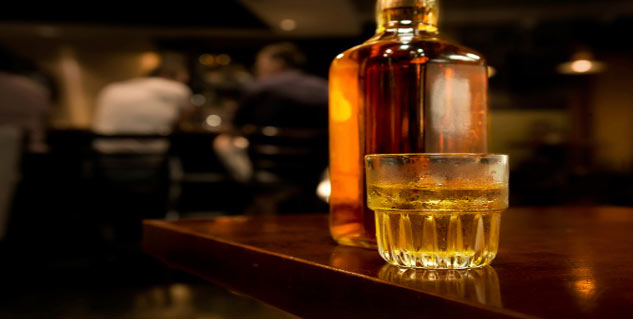 If you have been drinking heavily for a long time then you very well know that you will end up in bed. Drinking could lead to liver disease which can progress to fibrosis of the liver and then which in turn could change to liver cancer. Unlike alcohol, the effects of chronic marijuana use have not been established very well. However, some studies done on animals showed a possible impact on reproduction and there is also evidence that it could worsen the psychiatric issues for people who already have them. Now because it is smoked, the possible problems could be bronchitis, coughing and inflammation of air passages.

One of the most dangerous side effects of marijuana is that it interferes with the connections that are being made in the brain when the brain should in fact be at a clear state of mind. Your level of getting impaired depends on you and how much you smoke, because while some people are smoking all the time, others only smoke during weekends. By smoking marijuana a person is cumulatively impairing his or her cognitive function.

To answer the question regarding their safety would be a difficult one. On one hand we have liquor stores dotted across a nation, marijuana is still a very hush-hush affair, this reinforces the idea of it being something very dangerous. From a general point of view, neither of them could be called safe, but then again, marijuana is found naturally, it is a leaf.