Alcohol, Drugs Up Risk for Unsafe Driving Risk Among Teens

A study at the University of Michigan reveals that adolescents drinking alcohol and smoking marijuana together are at increased risk for unsafe driving. 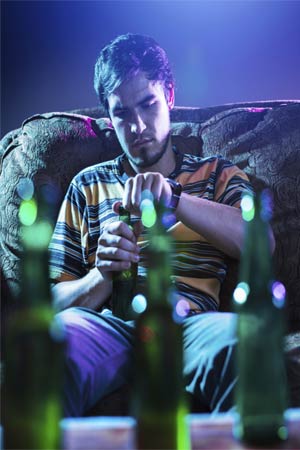 More than 72,000 US high school seniors in US were surveyed. The study published in the latest edition of the Journal of Studies on Alcohol and Drugs found that those who had used both drugs in the past year had higher rates of traffic tickets/warnings and car accidents.

Particularly those who used alcohol and marijuana at the same time were at greater risk; 40 per cent of teenagers who indulged in both received a traffic ticket or warning in the past year while about 30 per cent had been in an accident. Moreover, they were about 50 to 90 per cent more likely to admit to unsafe driving than those who did not engage in the risky behaviours.

According to Yvonne Terry-McElrath from University of Michigan's institute for social research, both drinking and drug use are linked to risky driving. But more important is the frequency of substance use as the patterns of drug use have found related to the risk of unsafe driving.

He added that media messages about unsafe driving should go beyond alcohol. There are messages such as 'don't drink and drive', but there is not much in the media about the risks of using additional substances, either alone or simultaneously with alcohol.

The survey found that both drinking and marijuana use has declined over time. In 2011, 33 per cent high school seniors admitted that they hadn't used either drug in the past year-versus only 12 percent in 1979. However, significant number of students used both drugs in 2011.

Drug and alcohol abuse requires professional help, and without intervention, it can lead to serious problems, including addiction, legal trouble and overdose. When you suspect that your kid is using drugs or alcohol, you need to intervene and ask your teen to seek treatment. Even if they don’t use drugs or alcohol, make sure you warn them against it telling them the repercussions.