Teenagers who have suffered a brain injury in their life, are more likely to fall prey of getting bullied by peers, threatened with a weapon at school and attempting suicide.

Teenagers, who suffer traumatic brain injury at some point in their lives, are twice as likely to school bullying or cyberbullying. These teens are also nearly three times as likely to attempt suicide- says a new Canadian research. 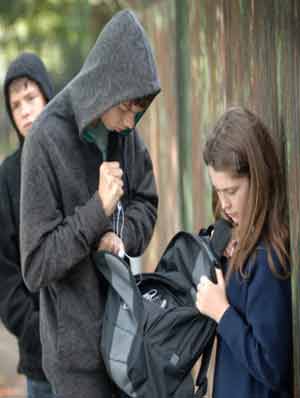 Lead author Gabriela Ilie, an assistant professor at the University of Toronto and a postdoctoral fellow at St. Michael's Hospital, found that a brain injury such as a concussion can put teens at a risk of being threatened with a weapon at school compared to peers who have never suffered such an injury.

What are the Mental Impacts of Brain Injury in Teens?

What does This Mean?

Prof. Ilie says, "These results show that preventable brain injuries and mental health and behavioral problems among teens continue to remain a blind spot in our culture. These kids are falling through the cracks."

Co-author Dr. Robert Mann, director of the OSDUHS and senior scientist at CAMH, says they already knew from a previous analysis of OSDUHS data that 1 in 5 teenagers in Ontario reported experiencing a traumatic brain injury (TBI) in their lifetime. He adds:

"The relationship between TBI and mental health issues is concerning and calls for greater focus on prevention and further research on this issue."

How was the Study Conducted?

For their study, Prof. Ilie and her co-authors used data from the 2011 Ontario Student Drug Use and Health Survey (OSDUHS). Developed by the Centre for Addiction and Mental Health (CAMH) in Toronto, the survey is one of the longest ongoing studies of schoolchildren in the world. It is completed by nearly 9,000 children in Grades 7 to 12 attending publicly funded schools across Ontario.

Although it began as a survey of drug use, the OSDUHS is now a broader study of teen health and wellbeing, and started including questions about traumatic brain injury in 2011.

What can be Done?

Prof. Ilie says teenagers already have a lot to deal with as they try to work out who they are and what they want to do with their lives. Experiencing a traumatic brain injury can worsen any behavioral or mental health problems they are already struggling with. Parents, doctors, teachers and coaches need to be vigilant in looking out for young people with traumatic brain injury, she urges.

Also, as many traumatic injuries occur while young people are engaged in recreation and sports, the risk of having one would be much reduced if they wore helmets, and if practices like "body checking" were abolished, says Prof. Ilie.

The study was published in PLOS One.

You have a Mental Disorder if you Bite Nails