Find listed below are the differences between an abortion pill and a surgical abortion. Discuss the pros and cons of both modes of abortion with your doctor.

A study done by scientists in Denmark and the US and published in the New England Journal of Medicine in 2007 showed that using abortion pills to terminate pregnancies during the first trimester is no more hazardous to future pregnancies than surgical terminations. 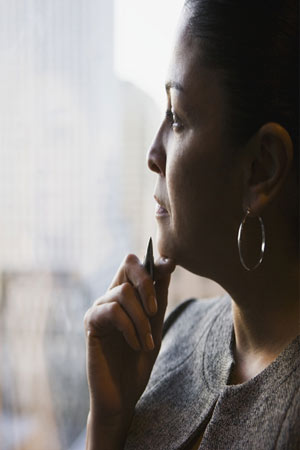 Abortion pills, also known as medical abortions, are used by many women to terminate unwanted pregnancies during the first trimester. But, there is little evidence about how this affects the safety of future pregnancies.

However, most women who find themselves with an unwanted pregnancy that they wish to terminate still prefer surgical abortion. So, what choice does a woman make when facing the need of abortion? An informed choice is the best option.

Listed below are the differences between an abortion pill and a surgical abortion:

When should one get it done?

An abortion pill can be taken up to nine weeks of pregnancy. The sooner one takes the pill, the better purpose it serves for pregnancy termination.

On the other hand, a surgical abortion is recommended if the woman has been carrying the foetus between nine to twelve weeks. A surgical abortion does not work before nine weeks and often results in failed abortions.

How long does it take?

The abortion pill works best usually within the two visits to the health care practitioner or the local vendor or supplier. Mifepristone is taken on the first day of pregnancy followed by another pill called misoprostol on the second, third and the fourth day. The second pill can be taken orally or placed in the inner vagina where the pill slowly dissolves. This usually takes no more than one hour.

On the other hand, a surgical abortion takes usually three to five minutes followed by a visit to the health care practitioner in two to three weeks for another complete health check-up.

95—97% abortions by the pill are reported successful.

On the other hand, over 99% of the surgical abortions are successful. Only 1% report a failure where the surgery is performed again.

The abortion pill usually follows a heavy bleeding session that goes on for at least a week. It also accompanies heavy clotting which continues from 9 to 14 days.

While, a surgical abortion leads to light bleeding, ranging from five to seven weeks.

How safe is it?

With the intake of abortion pills, one can never risk pregnancy in the future. Pills are safe and cause zero complications; it never affects the childbearing ability.

In case of surgical abortions, operations done in the first trimester have one percent or less complication rate. Childbearing ability remains unaffected in this case as well.

Both surgical abortion and abortion pills cause cramping which depends on the body type of the woman. Women with a cramp-history often get affected the most. Safe pain killers such as Meftal Spas are recommended.

Are there any disadvantages?

Abortion pills take several days to respond to pregnancy termination and are not predictable completely. Apart from that, bleeding can usually take longer than surgical abortive process, to stop. A woman taking pills need to visit the health care practitioner at least twice or more for full confirmation. This is why pills fail more often than surgical abortions. However, it is inexpensive.

Surgical abortions, on the other hand, involve placing of apparatus known as the vacuum aspirator inside the uterus of the woman along with injecting general anaesthesia in the veins to keep the pain at bay. The main disadvantage is that surgical abortion cannot be undertaken as early as abortion pills. Also, it is very expensive.

Abortion pills make the termination appear more like a miscarriage as no anaesthesia shots and clinical intervention is involved. This can be done within a closed door which is comforting for many women dealing with unwanted pregnancy.

In case of surgical abortions, the process takes only three to five minutes and is very successful. Bleeding experienced is less and the surgery is performed in the presence of skilled medical staff.

Only you can decide what is best for you. Consult your doctor as soon as you decide to terminate your pregnancy and discuss with him/her about the pros and cons of both modes of abortion.