5 simple yoga poses that can give you toned arms

Yoga, if done the right way and in a sequence can help one to get those sexy, toned arms. So, here we describe different arm-toning yoga poses that will work the entire region immaculately.

A lot of people are skeptical about the use of yoga for strengthening or toning areas of the body that take a lot of effort and are only assumed to be sculpted through strenuous training. 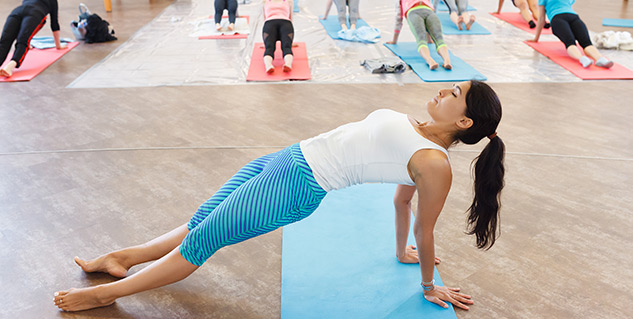 On the contrary, yoga if done the right way and in a sequence can help one to get those sexy, toned arms. So, here we describe different arm-toning yoga poses that will work the entire region immaculately, helping you observe changes as you go day after day.

Pull a mat and kneel on all fours with the hands directly under the shoulders. Crawl the toes in under and exhale while lifting the hips upwards. Move the shoulders away from the ears; while doing so draw the front ribs inwards and push into the hands as well as feet. Rotate your torso and stack the right foot on top of the left; exhale while doing so. Now press the torso, keeping the body straight in line with the abs held tightly. Raise the right hand up in such a way that the fingers face the ceiling. While you are in this position, gaze up or forward. Finally, inhale and return to the plan position. Repeat the same on the other side. Lower your hips and while doing so, inhale. Move your torso forward with the shoulders held directly over the wrists. There should be no bend in the elbows. Contract abs and straighten the arms. Make sure you keep the body in line from head to toe. 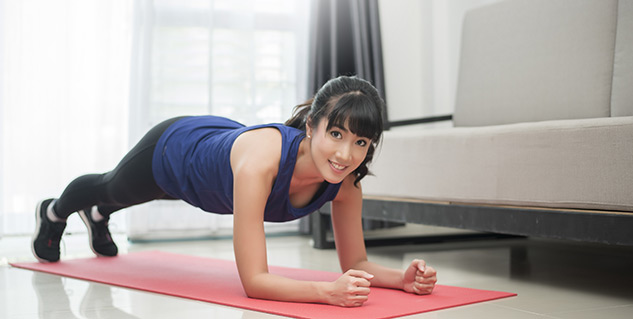 Exhale while lowering your hips to the floor. Then, untucking the toes, push into your hands, straighten the arms, lift the chest and engage the abs. Hug the shoulder blades together and away from the ears. Finally, exhale while lifting the hips and return to the downward dog pose. 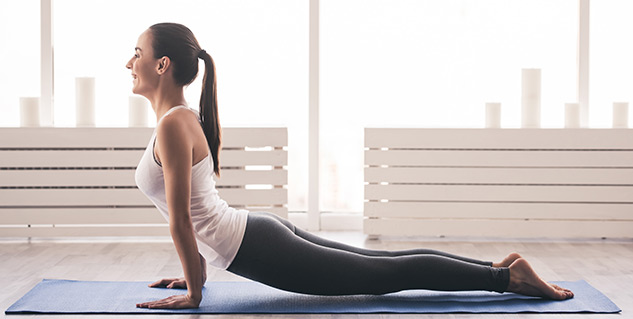 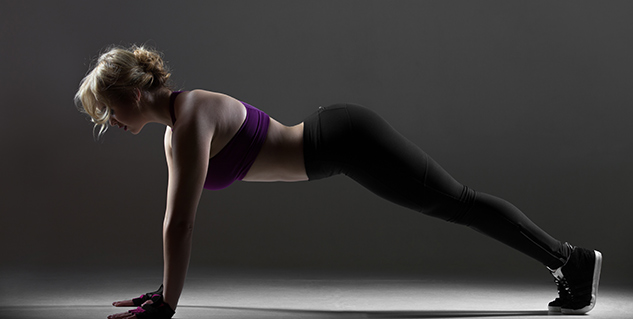