Beware! Your Towel can be Dirtier than your Toilet Seat

Findings of recent study showed that towels used in the kitchen as well as bath towels are highly bacteria-ridden which makes them dirtier than a toilet seat. 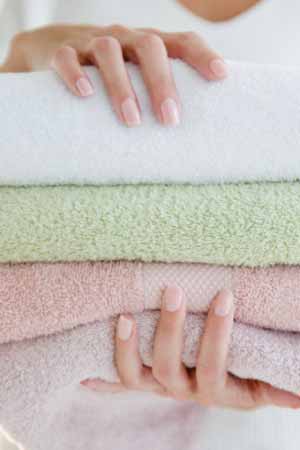 If you thought your toilet seat was the dirtiest place in the house, findings of this recent study will bust that myth. According to researchers, the germ-ridden towels could be largely responsible for spreading bugs around the home.

And, not only the kitchen towels but the bath towels are also spreading diseases. This happens mainly because of two reasons. Firstly, the moisture remains in the towels for long periods of time which is a suitable condition for the bacteria to thrive.

Secondly, towels are mostly used in germ-ridden areas of the house.

This recent study that came from University of Arizona found that coliform bacteria, which is present in faeces and can cause food poisoning and diarrhea, was present in 89 percent of kitchen tea towels and E.coli in 25.6 percent of towels.

According to the researchers, the towels have higher chances of getting bacteria-ridden than other household items as they are used to wipe off hands and surfaces which may have come into contact with raw meat.

Author of the study Charles Gerba said 'you can cross contaminate food when you wipe your hands on a towel and then contaminate other foods or bring your hands to your mouth and infect yourself.

'With face and bath towels you may spread bacteria and viruses among family members who use the same towels,' he told ABC News.

The researchers also cautioned of another study which showed that bacteria can survive washing and drying with detergent in the kitchen.