Ever tried yoga for respiratory issues? Here's how it can help...

Chronic obstructive pulmonary disease or COPD is a lung disease that causes difficulty in breathing. Shortness of breath, coughing, wheezing, mucus, tight chest are the common signs that you might be suffering from COPD. People who smoke are at a greater risk of getting COPD as nicotine causes severe lung damage. With air sacs losing their elasticity, the air flows less due to nasal blockage and cause breathing issues. Thus, COPD patients must practice Yoga to improve their health and relieve the symptoms of COPD. Here are some of the best Yoga Poses for this problem. 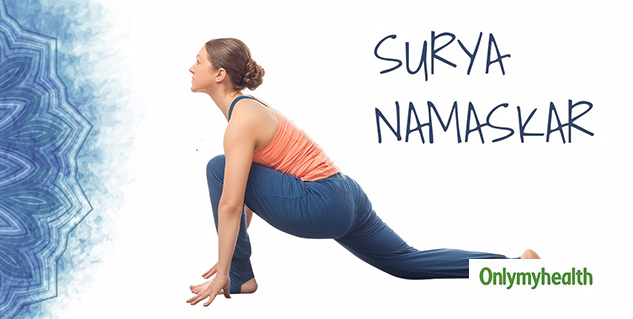 This is a sequence of multiple yoga poses which is good to kick start the day. Those with COPD must practice this daily to get rid of the uneasiness that this condition causes. Here are the 12 exercises in this set: Prayer pose

As people start practicing this exercise, they will experience positive changes in their breathing and stamina. 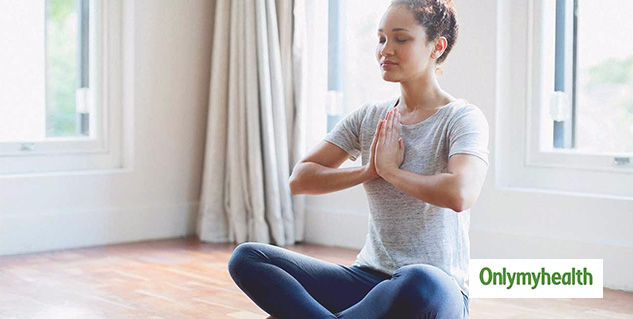 Yoga is incomplete without breathing exercises. These strengthen lung functions and better respiration. Also, Yoga brings calmness to lower down stress levels and provide relaxation. As per the ‘National Center for Biotechnology Information’, practicing yoga and pranayamas improve oxygen saturation in COPD patients. Not just that, it also alleviated stress and anxiety in them.

The one mistake that COPD patients commit is shortening their exhalation which triggers breathlessness. In the Pursed lip breathing exercise,

Gently lean forward and form pursed lips as if you are cooling a hot beverage or blowing a kiss. Inhale and exhale while performing this exercise. It empties the lungs and regulates breathing.

COPD affects your Diaphragm’s ability. Put your one hand on your belly and the other hand on the chest. Now, press your stomach gently to push up the diaphragm. This technique not only betters breathing but also boosts blood circulation to strengthen respiratory muscles.

This Yoga is practiced to boost the efficiency of the respiratory muscles. As you stretch your chest, the respiratory system gets activated and boosts oxygen flow in the body. As you breathe vertically in the seated position, the lungs open up thus reducing breathing problems. 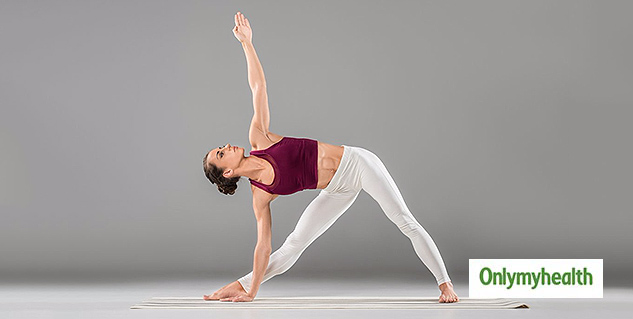 Triangle pose is made by standing side bends. This yoga pose is good to stretch your rib cage and increasing the breathing capacity if the diaphragm.

This Yoga asana is ideal to improve the respiratory functions with proper inhaling and exhaling. The repetitive movements in this exercise help you to practice timing the breath.

Sleep Problems And Menopause: Try These Yoga Asanas For A Sound Sleep