World Haemophilia Day: Experiencing Swelling Or Pain In Joints? It May Be Due To This Blood Disease

Blood disorders can sometimes be very painful and cause serious threat to life. Know the types of this deadly disorder and its causes.

Just like a town cannot grow into a city without having structures which bond them together such as roads, transport and technology. Similarly our body cannot grow without the central nervous which is made up of arteries, veins and cells. Blood cells are clearly very important for our body to grow as well as cure itself from unwanted infections and diseases. But it is also true that if the infection spreads through blood it can be very harmful for the body. Hence as we are observing World Haemophilia Day, let us know about this blood disease and its various characteristics.

Since it is a blood disease we consulted our expert Dr. Sachin Suresh Jadhav who is the Group Head of Haematology and BMT department at HCG Cancer Hospital, Bengaluru. He said that Haemophilia is a rare, inherited bleeding disorder in which the blood doesn’t clot normally. Haemophilia patients bleed for a longer time than any other person after an injury and may also have internal bleeding, particularly in the knees, ankles and elbows. 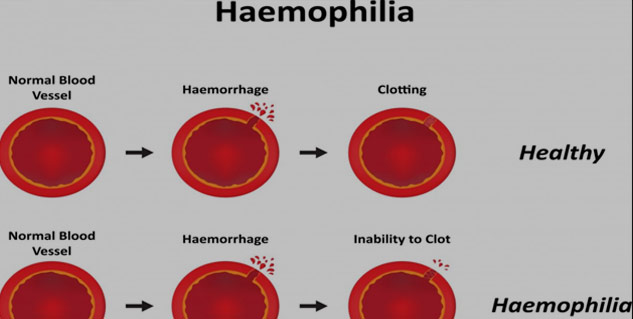 It is basically a bleeding disorder where clotting occurs abnormally and leads to extensive bleeding. Platelets which are small blood cells those form in bone marrow which helps during the blood clot. People having haemophilia bleed easily and can lose major blood during any accident. They can experience internal bleeding which can be very painful and swelling in joints due to bleeding. Haemophilia can be life-threatening and can cause serious complications.

Types of Haemophilia and Its Causes

There are also 13 types of clotting factor which work with platelets to help the blood to clot.

The main typesare directly related to a specific factor, 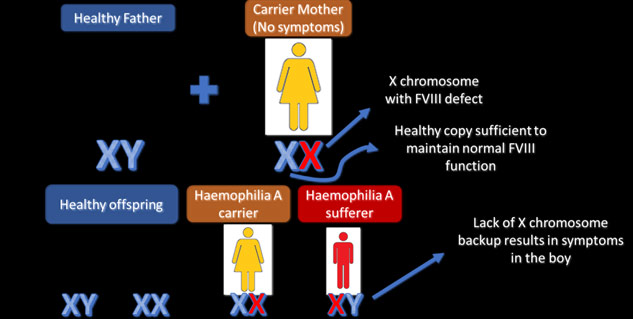 Haemophilia B results in deficiency of factor IX due to a mutation in the corresponding gene. 1 person out of around 20000 people are likely to be infected by this disease as compared to Haemophilia A. It is a severe disease which is caused in childhood that improves at puberty.

Haemophilia C is a deficiency of clotting in factor XI. This condition is rarest of the three and it is unlikely that you may even have this blood disorder. It is not inherited in X-link manner like others and can affect both the genders equally.

How Is Haemophilia Inherited?

This means that haemophilia almost always occurs in boys and is passed from mother to son through one of the mother's genes. Most women with the defective gene are simply carriers and experience no signs or symptoms of haemophilia. But some carriers can experience bleeding symptoms if their clotting factors are moderately decreased.

However, about 30% of people with haemophilia have no family history of the disorder. In these people, an unexpected change occurs in one of the genes associated with haemophilia.

Acquired haemophilia is a rare variety of the condition that occurs when a person's immune system attacks clotting factors in the blood. It can be associated with: 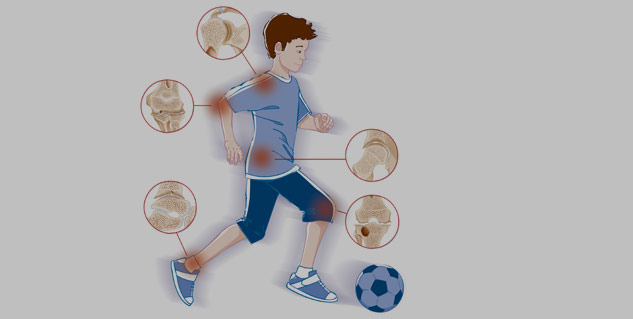 Haemophilia can vary in severity depending upon the type of mutation or genetic defect. It can be very severe or of moderate condition. It depends on the levels of affected clotting area. The extent of bleeding also depends on the severity of the case. Severe haemophilia A & B can begin at an early age as compared to other cases. Female carriers of haemophilia vary in degree of factor activity. Sometime they do not show bleeding tendency which becomes difficult to judge.

In severe cases the bleeding may start within 2 years of birth and it can be dangerous to the health of the child. Symptoms which can help to know haemophilia are-

It is important to know about this blood disorder as it can be harmful to the health and can even lead to death if ignored. Haemophilia is genetic blood disorder which mostly carried forward by mother in the children. It can be very painful as it causes swelling and internal bleeding. You can also lose a lot of blood if some injury happens. Hence if you have any symptoms of Haemophilia A,B or C, visit an haematologist as soon as possible. Let us spread awareness about World Haemophilia Day this week.

Regular Pain In Your Body Can Be Signs Of Osteopenia. Do Not Neglect These Risk Factors For Muscle Pain