For those of you, who think women are feeble minded, here is an unplesant surprise. 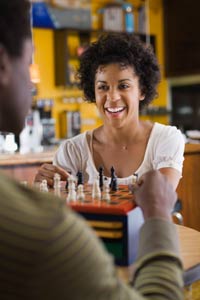 A new study has revealed that women now have a higher IQ level than men. The study was concluded after psychologists found a rise in female scores in IQ tests. Since the time that IQ tests began i.e. about a century ago, women have been seen to have been five points behind; this lead the psychologists to believe that the different scores were because of embedded genetic differences.

According to James Flynn, world renowned authority on IQ tests, the gap has been slipping lately and women have finally moved ahead. He added that in the last 100 years, the IQ scores of both men and women had been rising with that of women rising faster. He put modernity responsible for the betterment in IQ scores as according to him, the complexity of the modern world is what is making one’s brain adapt and raise the IQ level.

There are two possible explanations to the increasing trend in IQ levels one of which is that women’s lives have become more demanding because they multitask between raising a family and going to work and the other is that women have a higher potential intelligence compared with men, which they are realising only now.