An average female lives 3 years more than an average male in India. 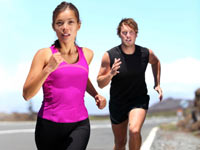 When looking at the world’s stand in terms of population’s lifespan, an average Chinese man is likely to live ten years and an average Chinese woman is likely to live 13 years longer than an Indian. According to the world’s largest study on life expectancy in 187 countries for every decade from 1970 to 2010 published by the British Medical journal Lancet, an average male’s LE increased by 11.1 years and that of a female increased by 12.1 years.