Why you should not feel bad about sleeping your weekends off

A U.S. study suggests that sleeping off the weekend can decrease risk of diabetes. But, do not get to bed yet. There are a lot of other factors that bring the right outcome.

All through the week, you wait for the weekend to do the laundry, to shave, to polish the cutleries, to fix your torn shoe and to do a long list of other things. And, what do you really do? Sleep it off!  Well, you do not have to feel bad about it anymore. A U.S. study suggests that sleeping off the weekend can decrease risk of diabetes. 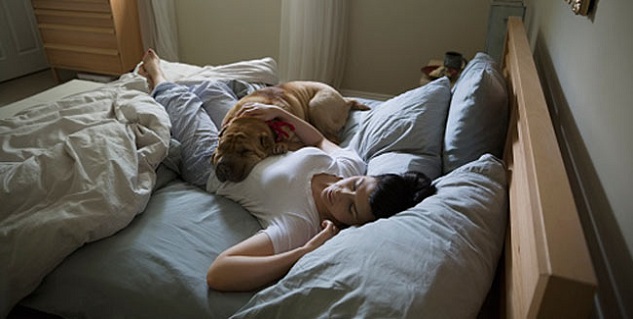 The team of researchers working on the study conducted a sleep experiment with 19 healthy young men. The experiment revealed that only four nights of sleep deprivation were associated with changes in blood; the participants’ body was reported to not handle sugar as it would usually. When the men were allowed to get extra sleep for the next two nights, their blood tests got back to normal.

Lead author of the study, Josaine Broussard of the University of Colorado Boulder, said that the study gives hope to all those people who cannot afford to increase their sleep duration during the week. Broussard, however, cautioned readers that the study does not prove that sleeping late on every weekend will counter side-effects of sleep deprivation. Besides, it also does not prove that catching up on lost sleep will prevent onset of diabetes.

To assess the impact sleep had on diabetes risk, Broussard focused on insulin sensitivity, an impairment of which is associated with type 2 diabetes.

They conducted two short sleep experiments. In one of these, the volunteers were allowed to rest only for 4.5 hours for four nights, which was further followed by two evenings of extended sleep calculated to be 9.7 hours on an average. The same men were, on another occasion, allowed to sleep for 8.5 hours for the four nights.

The four nights of sleep deprivation reduced insulin sensitivity in the participants by 23 percent, which they regained after two nights of extended sleep. The authors would like readers to note that the researchers in this study put the volunteers on a calorie-controlled diet to make sure their food and drink choices did not affect the outcome. In reality, when people sleep late, they tend to emotionally eat high-calorie foods, which can have a different outcome in comparison with that of the current study.

A researcher at Columbia University, who was not a part of the study, said that the results of the study were highly unlikely to reflect what is likely to occur in people who are older, obese or overweight, or have a pre-disposed risk of diabetes. Authors of the study point out that people who sleep late chronically tend to have several other health problems that range from obesity to high blood pressure to cognitive deficits.

Why Diabetics Sweat after Eating