Why Teen Girls must Exercise 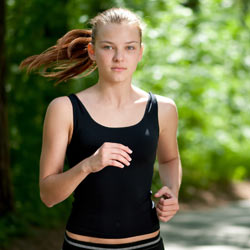 The researchers at the Columbia University made an assessment of 1,312 students at four inner-city high schools in New York, to figure out if there is any connection between regular exercise and violence-related behaviours.

Those who exercised regularly were found to have decreased odds of being involved in violence-related behaviours. Females who exercised more than 10 days in the last month had decreased odds of being in a gang. Girls who did more than 20 sit-ups in the past four weeks or reported running more than 20 minutes every day, they didn’t carry weapons or were less likely to be a part of a gang.

The study findings were presented at the Pediatric Academic Societies (PAS) annual meeting in Washington, DC.