What is the treatment of Whipples Disease?

Whipple's disease is a rare disorder caused by infection with bacteria called Tropheryma whippelei primarily affecting the small intestine. It can also affect the heart, lungs, brain, joints, and eyes. The disorder is more common in middle-aged men as compared to women or children. If left untreated, the disorder can be fatal.

Although scientists are still unsure how T. whipplei infects people, the bacteria may cause lesions and thickening of tissues inside the small intestine. The infections caused by the bacteria damages the intestinal lining which then fails to properly absorb nutrients increasing the risk for diarrhea and malnutrition.

It has been observed that a large number of people have the bacteria inside them but don’t get sick or have the symptoms of the disease. Such a large number of asymptomatic carriers led researchers to believe that some people are more vulnerable to the disease due to genetic factors. They believe that the genetic factors influence the person’s immune system increasing the risk for Whipple’s disease. The rareness of the disease also supports the belief because the bacteria is quite common in the environment. The rareness of the disorder despite the common presence of the bacteria in soil and wastewater, hints at some people being more prone to developing the disease than others. 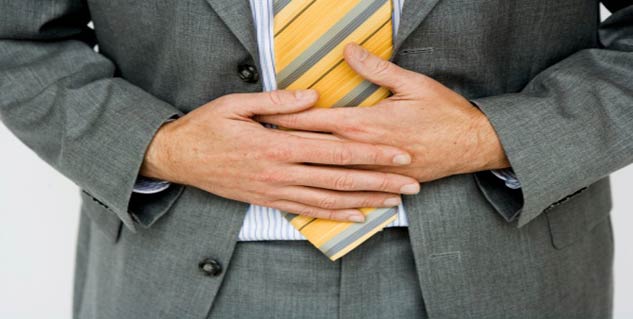 Whipple's disease is treated with long-term antibiotics aimed at killing T. whipplei bacteria.  Regular treatment for Whipple's disease involves a course of intravenous  antibiotics such as ceftriaxone and penicillin G for 2 weeks, followed by daily oral antibiotic treatment for as long as 1 to 2 years. The intravenous antibiotics are usually delivered through a needle inserted into a vein. As an alternative treatment a combination of doxycycline and hydroxychloroquine are gives taken for about 12 to 18 months. Relapsing neurologic Whipple’s disease is sometimes treated with interferon gamma, a substance made by the body that activates the immune system.

After treatment most symptoms of the disease usually disappear in the initial couple of months. However, the relapse is common, making it very important to closely monitor the treatment. Relapse in people with neurologic Whipple's disease may lead to serious neurologic symptoms and even death.