What is Sahaja Yoga

Sahaja yoga brings a state of self realisation. It awakens your senses and the person develop a feeling of awareness.

Sahaja Yoga is a fairly recent religious movement that founded by Nirmala Srivastava, known to many as Shri Mataji Nirmala Devi, more affectionately as Mother by her followers (called the sahaja yogis). This movement looks at sahaja yoga as a state of self realisationrealisation produced by kundalini awakening, accompanied by the experience of thoughtless awareness (nirvichar samadhi or mental silence).

Practitioners of the sahaja yoga form of meditation technique tend to feel a cool breeze on top of their heads, as well as on the hands while meditating. Other effects narrated by the practitioners include a dilation of the pupils and deep physical and mental relaxation. Sahaja yoga, therefore, is not only the name of the movement, but also the technique the movement teaches and the state of awareness achieved in the process. It basically propagates the ultimate stage of self realisation that is attained by way of kundalini awakening – a transformation that results in a superior moral, integrated, united and a well balanced personality. 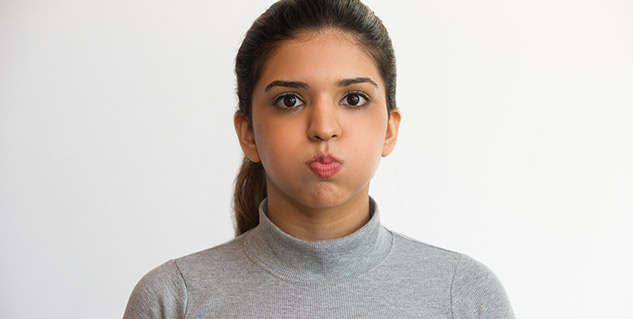 The word ‘sahaja’ in Sanskrit has two components: ‘saha’ meaning ‘with’ and ‘ja’ meaning ‘born’. When combined, both elements together imply natural, innate and natural. Yoga means a union or coalescing, referring to a spiritual path, a state of spiritual absorption. It further implicates spontaneity. The followers of sahaja yoga believe that the kundalini is born within us and can thus be awakened spontaneously.

If one looks into the history of the sahaja yoga practice, it dates back to at least to the fifteenth century Indian mystic Kabir. Then, Kabir referred to it as surat shabd yoga. The term has also been used to describe the basic meditation practice of ananda marga.

Rajneesh (aka Osho) has described sahaja yoga as the most difficult of all the yoga asanas because it involves no effort and is natural and spontaneous. The movement requires the person to awaken the kundalini whereby one cannot put in any effort but only has to ask and let that happen. This process has to be spontaneous.

Sahaja yogis, the practitioners of this form of yoga, are taught to respect and accept people from all religions and thus believe that the state achieved through the process of self realisation makes the truth behind all religions very apparent. Moreover, the sahaja yoga beliefs are seen to have re-discovered the knowledge of the past that should now be treated respectfully and scientifically, as a hypothesis and if found by experiments as truth, should be accepted. The technique of yoga itself is said to be already researched and does not require any further development. Sahaja yoga is held by many to be different from other yoga/meditation forms because it begins with self realisationrealisation through the awakening of the kundalini rather than as a result of performing kriya techniques or asanas. Followers believe that this spontaneous awakening is said to be made possible by the presence of Shri Mataji herself, or in other cases, even by her photo. The hypothesis is that the experience of self realisation can be individually verified. It is also believed that when the kundalini energy of an individual is awakened, he/she gets connected with the all pervading power and is in union with God.

MORE FOR YOU
Skipping Breakfast To Lose Weight: Is It Really Worth It?
From Caffeine, Sugar To Alcohol: How These 8 Foods Affect Mood
ECMO Therapy For Lungs: Know How It Can Help In Post Covid Lung Recovery
Know About 5 Lifestyle Habits That Might Cause Your Skin To Age
Know About Different Types And Levels Of Cerebral Palsy Brain Disorder
COVID-19: Is Omicron Deadlier Than Other Variants? Everything About New VOC

International Yoga Day: Heath Benefits of Yoga you Should Know