Do Not Ignore Bleeding After Menopause, It Could Be A Sign of Uterine Fibroids

Do not ignore bleeding after menopause as this is a potential indicator of uterine fibroids. Read more information in this article.

As we know that menopause is the end of menstruation and any bleeding after menopause is not normal. It is a clear indicator that there must be some underlying issues which need to be addressed. While most causes of postmenopausal bleeding are not life-threatening, they can be an indicator of serious diseases, says Dr Sangeeta Gomes, Consultant Obstetrician & Gynaecologist, Motherhood Hospitals, Sarjapur, Bangalore. Postmenopausal vaginal bleeding can be caused by uterine fibroids.

Fibroids need the hormone oestrogen to grow and after menopause, women’s oestrogen levels decrease dramatically, which generally reduces the risk of developing fibroids. In several cases, fibroids shrink and cause fewer symptoms for women who have reached menopause. It is not clear what triggers fibroids, but oestrogen and progesterone appear to play a major role in their growth. Fibroids, while women are hitting menopause, need to have regular check-ups with their gynaecologist.

What are uterine fibroids? 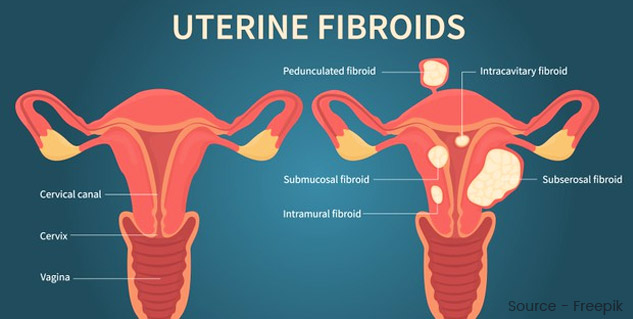 Uterine fibroids are a form of tumour, which develops within the uterine muscle tissue. There are certain symptoms of fibroids that can be seen in women irrespective of their ages. A fibroid or a cluster of fibroids pushing against the uterine wall can directly cause many of these symptoms and those are-

Can fibroids be treated after menopause? 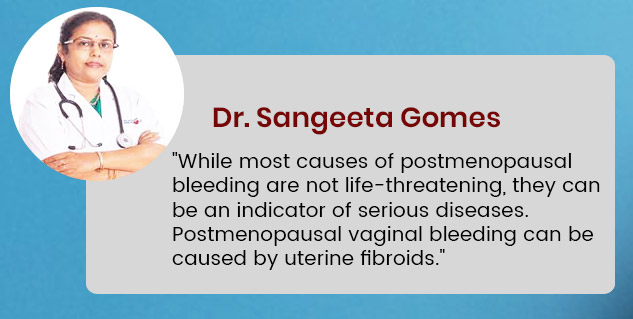 Fibroids can be difficult to address but not impossible to treat. If diagnosed timely, these can be easily removed using various methods. If menopausal women are found to have uterine fibroids, here are some procedures that can help one to get rid of fibroids-

Myomectomy is a procedure that targets fibroid removal and does not require removal of the uterus. This procedure can be done as open surgery or laparoscopically. This method is not as common as others. If fibroids come back following a myomectomy, doctors may advise for a hysterectomy.

For severe symptoms related to large, recurring fibroids, a hysterectomy may be the best option. In such kinds of surgery, the doctor removes the entire uterus, so the fibroids do not grow back.

Hysterectomies may be recommended for women who:

Also Read:  Is It Possible To Delay Menopause With Your Diet? Here Are Some Food Options To Do So 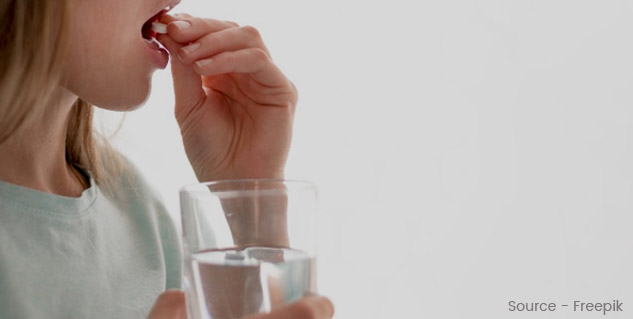 Women often take birth control pills to manage symptoms like pain and excess bleeding which does not help to get rid of the fibroids. Progestins can relieve other symptoms of menopause which makes hormone replacement therapies more effective.

In most cases, the fibroids shrink smaller in size and no longer cause any symptoms after menopause. However, postmenopausal bleeding could result from something serious, hence consult with your doctor. Fibroids that do not cause any symptoms may not require any treatment at all. Ignoring the symptoms and neglecting the discomforts can result in long-term health complications. Therefore, you should be vigilant and get medical time on time.

These Signs Show That A Breastfeeding Mother Is Pregnant