What Is Dengue? Know 8 Things About It

Dengue cases are rising in many states of India. Here are some things that you should know about this disease from an expert.

The mosquitos can give birth to dangerous diseases such as dengue, malaria, and elephantiasis. Dengue is spreading by female aedes mosquito. Dengue cases are on a rise in India since few weeks. In fact, many states are being severely affected by the D2 variant of dengue. What is dengue? Dengue fever is a mosquito-borne disease that occurs in tropical and subtropical parts of the world. Mild dengue fever can even turn into high fever and flu-like symptoms. The severe kind of dengue fever is also know as dengue hemorrhagic fever, which cab lead to gum bleeding, a drastic and sudden drop in blood pressure levels and even death. There are many simple ways that you can follow to prevent this disease. Onlymyhealth editorial team spoke to Dr. Ashutosh Shukla, Senior Director - Internal Medicine & Medical Advisor, Max Hospital, Gurgaon, about the things that you should know about dengue.

9 things that you should know about dengue

Many researchers are trying to develop dengue fever vaccines. For the time being, the areas where dengue is common, the most simple ways to prevent this disease are to avoid being infected by mosquitoes and to take measures to reduce their habitat. According to Dr. Ashutosh, here are 8 things that you should know about dengue: Dengue is caused by a mosquito borne virus and is mostly seen in tropical and sub-tropical climates in the world. The virus is the responsible factor behind dengue and is also called dengue virus (DENV). There are four DENV variants, which means that it is possible to be infected four times in a lifetime.

2. This virus is transmitted through the bite of mosquitoes

Dengue virus is transmitted because of the bite of the mosquitoes. It spreads from human to human through a mosquito bite of some specific species of the Aedes mosquitoes. A lot of people are still not aware about this major fact.

Dengue causes high grade fever, severe body aches, nausea and vomiting. A rash with itching may appear from days 4-7 of the illness. There are also early warning symptoms of dengue that one should look out for before the occurence of severe dengue. These warning signs mostly start 24 - 48 hours after the fever goes away.

Diagnosis of dengue can be confirmed by a blood test- Dengue NS1 Antigen Elisa & IgM IgG antibodies. Serial blood tests for monitoring of platelet counts helps in better management. If any dengue symptoms occur, you should visit the doctor immediately for the required medical tests. 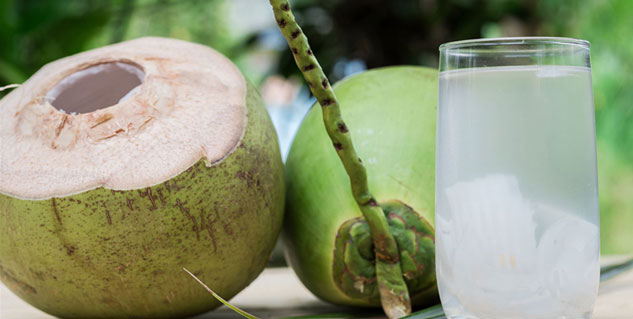 Stay well hydrated with plenty of coconut water, fresh lime and hot soups. Drinking plenty of water is important to keep your body hydrated and make the blood flow normal, which gets very thick. Your condition will start improving if you drink plenty of fluids throughout the day.

Do not self medicate as certain pain killers etc can lower platelet counts and make your blood flow even more think. There is always a risk of worsening such diseases if you try self medication. If you are experiencing any symptoms of dengue, it is best to avoid self medication and consult a doctor. A few home remedies like having giloy and papaya leaves can be done.

Also read: Dengue: Know About The Various Stages Of Dengue And Its Symptoms

After 5th day of the illness, an ultrasound of the abdomen should be done to screen for complications. The ultrasound helps in making sure about the gall bladder wall thickening and pericholecystic fluid. You can talk to your doctor after coping up from the infection about this test to avoid any complications.