What does being a Compulsive Nail-biter say About You?

According to a study conducted by researchers of University of Montreal, people who bite their nails compulsively tend to be perfectionists.

Compulsive nail-biters are always mistaken for being nervous, but anxiety is not the cause for these people to indulge in this habit. You would be able to easily spot them nipping at their cuticles even when they are lounging on the beach. Turns out it is perfection that drives people to bite their nails through a major part of the day.

In a study published in this month’s issue of the Journal of Behaviour Therapy and Experimental Psychiatry by the University of Montreal, perfectionism may be at the root of body-focused compulsive habits such as hair-twisting and nail-biting. 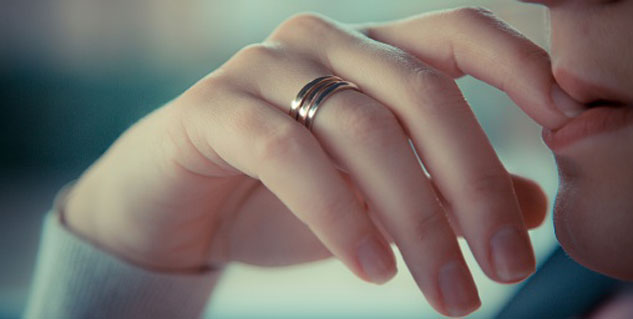 The researchers had worked with 48 participants, half of whom were engaged in these behaviours. The rest of the participants, who did not have these habits acted as a control group. The participants had to answer questions about the extent to which they had experienced emotions such as anger, guilt, boredom, anxiety and irritability. Each participant was then exposed to different situations that were designed to provoke certain feelings such as stress, boredom, frustration and relaxation.

Participants who had compulsive habits reported that they had a strong urge to chew their nails when they were prohibited from performing a task in time and when they felt bored after they were left in a room alone for 6 minutes.

The lead author of the study, Dr. Kieron O’Connor, said in a press release,“We believe that individuals with these repetitive behaviors may be perfectionistic, meaning that they are unable to relax and to perform task at a 'normal' pace. They are therefore prone to frustration, impatience, and dissatisfaction when they do not reach their goals. They also experience greater levels of boredom."

The researchers therefore set new goals for themselves such as making sure that all the nails were of exactly the same length or eliminating jagged cuticles.

When the habits interfere with everyday life, they can easily become habit disorders. The good news is that treatment exists for such disorders. O’Connor said that there are two paths to choose from: one is behavioural treatment that makes use of replacing the habit with competing action and a different approach that puts light on the underlying factors that lead to tension.