Are you forgetting about the petty things? You might be suffering Dementia

Dementia is a common problem in the elderly. People with dementia have problems with memory and other mental skills (thinking and behaviour) that can affect daily life. Dementia is caused by injury or changes in the brain which may or may not be r

Becoming forgetful as we get older is common. Slight loss of memory affects many people but it does not affect their daily lives. If a person has memory loss that affects the person’s day-to-day activities and this tends to get worse,  it may be due to dementia.

People with dementia have problems with memory and other mental skills (thinking and behaviour), that can affect daily life. The symptoms develop slowly and worsen as the disease progresses and can become severe enough to interfere with daily tasks. The rate of progress can vary – some people may stay the same for years, whereas others may have a rapid decline in mental functions. 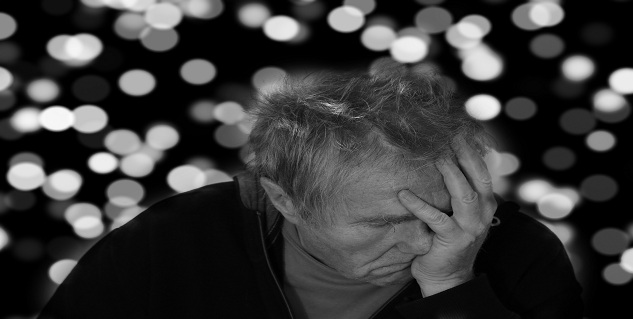 Read: Dementia advances through these 5 stages

Dementia is caused by injury or changes in the brain which may or may not be reversible. Some common causes of dementia which cannot be reversed with treatment include Alzheimer's disease, vascular dementia, Parkinson's disease, Dementia with Lewy bodies, and frontotemporal dementia. Some treatable causes of dementia include underactive thyroid gland (hypothyroidism), vitamin B12 deficiency, lead poisoning, certain brain tumours and chronic alcoholism.

Age is an important risk factor for dementia—the risk increases as you get older. However all elderly are not affected by dementia. Dementia is rare before age 60 but after age 85, about 50% of all adults have it.

Signs and Symptoms of Dementia

The doctor will rule out treatable causes of dementia but if it cannot be reversed, the aim of treatment is to make life as easy as possible for the concerned person and the caregivers. Medications do not cure dementia but may help to improve mental function, mood, or behaviour. Some of the medicines that may be prescribed include cholinesterase inhibitors (such as donepezil, galantamine, and rivastigmine), and memantine to improve or maintain mental function. Medications may be prescribed to treat depression, anxiety, agitation, aggression, and hallucinations.

Dementia cannot be prevented in most cases, but certain measures which may help to prevent worsening of symptoms include controlling risk factors of stroke such as high blood pressure, diabetes; adopting measures of healthy living; eating healthy; being physically and mentally active.