COPD is most often caused by smoking. Most people with COPD are long-term smokers, and research shows that smoking cigarettes increases the risk of getting COPD.

Tobacco smoking is the main cause of COPD. However, the developing world often puts women who are exposed to fumes from burning fuel for cooking and heating in poorly ventilated homes, at the risk of COPD. Only about 20 percent of chronic smokers develop COPD. Some smokers develop less common lung conditions. They may be misdiagnosed as having COPD until a more thorough evaluation is performed.

Causes of Airway Obstruction
Emphysema- This lung disease causes destruction of the fragile walls and elastic fibres of the alveoli. Small airways collapse when you exhale, impairing airflow out of your lungs.

Chronic bronchitis- In this condition, your bronchial tubes become inflamed and narrowed and your lungs produce more mucus, which can further block the narrowed tubes. You develop a chronic cough trying to clear your airways. 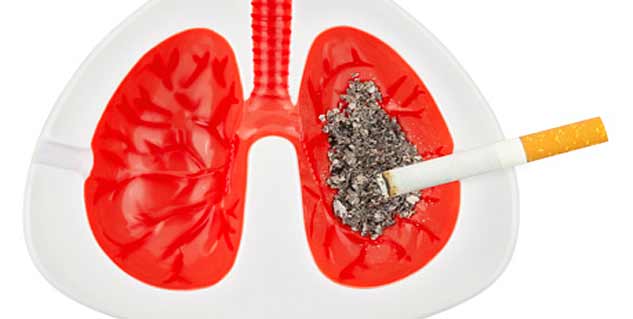 Cigarette smoke and other irritants
In the vast majority of cases, the lung damage that leads to COPD is caused by long-term cigarette smoking. But there are likely other factors at play in the development of COPD, such as a genetic susceptibility to the disease, because only about 20 percent of smokers develop COPD.

For adults with COPD related to AAt deficiency, treatment options are the same as those for people with more common types of COPD. Some people can be treated by replacing the missing AAt protein, which may prevent further damage to the lungs.