Having A Loss Of Appetite? You May Be Suffering From Anorexia Nervosa

Ever felt a difference in your eating pattern or feeling less hungry than usual, beware as you may be suffering from an eating disorder

There are certain disorders, which we often overlook due to lack of information. One such disorder is Anorexia nervosa. It is a common eating disorder, which can be life-threatening. The literal meaning of anorexia is "loss of appetite", but the term is misleading as people with anorexia nervosa often feel starving though they refuse to eat food. It is common to see people losing weight by simply starving. This is a significant characteristic of this disorder.

The characteristic features of this disorder are self-starvation and excessive weight loss. A person with anorexia nervosa loses more weight than is considered healthy for his or her age and height by severely decreasing food intake. They may have a distorted perception of their body weight or shape and have an intense fear of weight gain (even when they are much below average weight for age and height). They may diet, do excessive exercises or use other methods to lose weight. 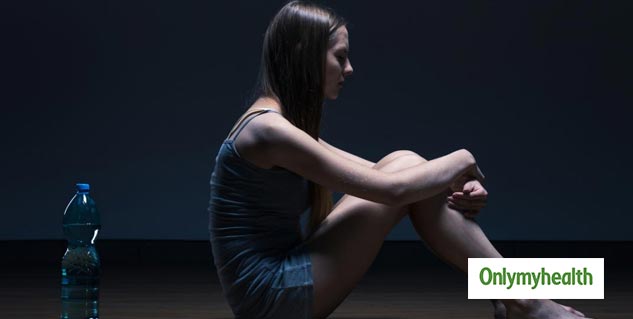 The disorder is suspected in a person who weighs at least 15 per cent less than his or her normal body weight. Extreme weight loss and severe malnutrition in people with anorexia nervosa can cause significant health problems and, sometimes, even death.

The exact cause of this eating disorder is not known. Currently, the various factors that are considered as possible causes include genes, hormones and social attitudes promoting skinny body types. Many experts do not consider family conflicts as a cause of this or other eating disorders. Did You Know that men can be anorexic too? Lt's find out..

Some risk factors of anorexia nervosa are: 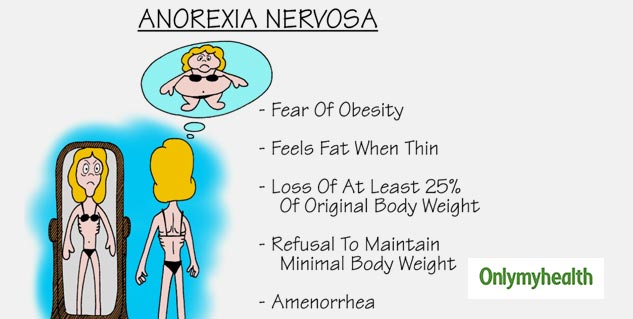 Most cases of anorexia begin during the teen years or young adulthood. The disorder is much more common in females, but it can affect males as well. It often affects white women, who are high academic achievers and are goal-oriented.

The disorder is treatable, but the major challenge while treating anorexia nervosa is making the person realise that she (or he) has an illness. Most people with anorexia nervosa do not accept the fact that they have an eating disorder. Many people start the treatment when their condition becomes severe due to extreme malnutrition. There are many types of treatments for anorexia. Treatment usually involves a combination of strategies. The doctor starts the treatment based on one’s age, overall health, duration of anorexia and other factors. The treatment aims to treat the condition and any associated medical complication.

MORE FOR YOU
Menopause And Weight Gain: Experts Suggests Tips To Prevent It
Silva Meditation: Know About The Benefits And Ways To Perform This Meditation Technique
Here's How You Can Prevent And Get Rid Of Fine Lines on Forehead
Partial Molar Pregnancy: Symptoms, Causes And Treatment
8 Types Of B Vitamins And Signs Of Their Deficiency
Relationship Between Diabetes And Heart Disease; Know Ways To Prevent Cardiovascular Problems

Migraine: This killer of a pain is taking toll on youth