Drinking alcohol after a stressful day at work or at a get-together with friends could be the favourite thing for men, but they should be aware that it could lead to a lower quality of their sperm. A new Danish research has validated this.

For most people, it is a routine to come home from a stressful day at work and crash open a cold beer to relax. For men, it is their favourite time of the day but a new study has suggested that even a controlled weekly alcohol consumption of five units is linked to lower sperm quality in otherwise healthy men. 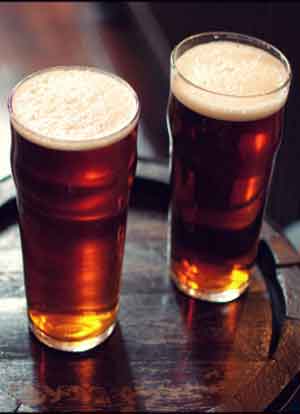 Previous animal studies have indicated a direct impact of alcohol on sperm quality. And now, it has been validated for men by the research team, including Prof. Tina Kold Jensen of the University of Southern Denmark.

"This is, to our knowledge, the first study among healthy young men with detailed information on alcohol intake," say the researchers, "and given the fact that young men in the Western world [drink a lot], this is of public health concern, and could be a contributing factor to the low sperm count reported among [them]."

The study assessed 121 Danish men aged 18-28, who underwent a medical exam for military services between 2008-2012. The assessment included questions about their drinking behaviour, and evaluating their semen and blood samples to assess their reproductive hormone levels.

Within this group of participants, the higher amount of weekly units the men drank, the lower their sperm quality was. The study indicated that drinking between one and five units per week is the magic number for healthy sperm, as - interestingly - abstinence was also linked to poorer sperm quality.

The study was published in BMJ Open.