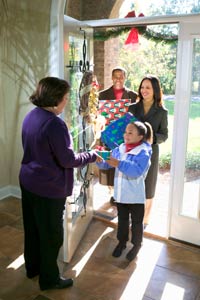 The Daily Mail reported that babies born to such couples are also less likely to die in infancy.

According to Dr Virpi Lumma, who conducted the study, although, it has been found that grandfathers had less impact on the kids, it does not signify that they didn’t do anything. The study, which was discussed at the Euroscience 2012 conference in Dublin, included the analysis of over 300 years of church records.

The date that was used to track the births, marriages and deaths in farming communities in Finland found that daughters and sons were likely to marry younger if the mother was alive. These men and women also had more children and left smaller age gaps between the babies. Dr Lummaa said that the influence of mother-in-law was seen to be more evident in cases in which the latter lived close by. Although, there was little difference between paternal and maternal mothers-in-law, it was observed that the new mother’s mother had a greater benefit on the baby.