Vitamin D touted to help in prevention and treatment of TB. 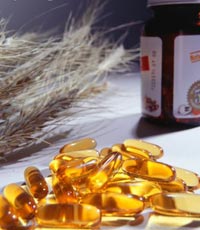 Deficiency of vitamin D is linked with tuberculosis infection by Australian researchers. The study observed African immigrants and reached at the conclusion that low levels of vitamin D put you in the radar of tuberculosis. The findings of the study suggest that nutritional element could help in prevention and treatment of tuberculosis.

375 African immigrants, undergoing treatment at Melbourne hospital, were observed. The observation was that individuals with low vitamin D levels were the ones with TB infections. Severe vitamin D deficiency is observed in 78 percent of patients with past or present tuberculosis.

Similar were the earlier observation when tests were conducted in 2003 and 2006. Over the years, several researchers have tried to confirm the relation between tuberculosis and deficiency of vitamin D. This one is the first to relate latent TB to the vitamin D deficiency.

Tuberculosis has been affecting masses around the globe, close to one-third of the population being affected by the malady. The common form is latent, wherein individuals have infection but could not infect others. As per figures released by World Health Organization (WHO), tuberculosis kills 1.6 million people every year.

Vitamin D is one of the essential nutritional elements, which is made after sunlight strikes skin, and food is supplemented with the vitamin. The nutritional element has a positive effect on the cathelicidin production which boosts immune system to fight infections. Vitamin D in the body performs functions similar to that of anti-biotics. With normal vitamin D level, body has better chances of fighting bacterial infections without assistance of antibiotics.