If your child munches on every possible junk food under the sun, then they are in for some serious trouble in the later parts of their life. Find out how.

A recent study cautioned that what a child puts in their belly during childhood can have long-term effects on their health later. Yes, we have heard that before. But, what’s more? The research has suggested that poor eating and lifestyle habits could decline the heart health of your child in childhood itself. These shocking revelations were published in the journal Circulation: Cardiovascular Quality and Outcomes. 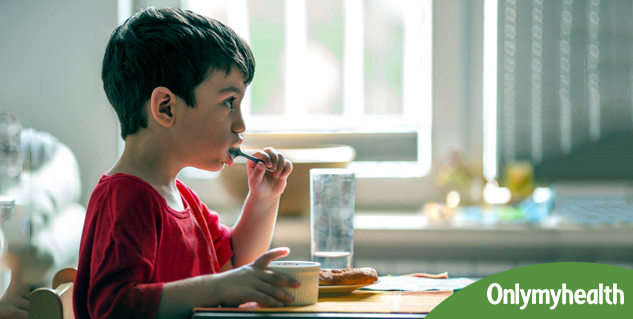 Health of heart is, mostly optimal for a majority of children at the time of birth and it begins to deteriorate considerably due to unhealthy lifestyle routine.

Senior author of the study, Donald M. Lloyd-Jones from the Northwestern University, Chicago said, "The better we can equip our children to make healthy choices, the more cardiovascular health will be preserved in adulthood. And those who preserve their heart-health into middle age live much longer and are much healthier while they live".

The findings suggested that a child begins their life with optimal heart health and blood pressure.

"But if they have a horrible diet, it will drive a worsening body mass index (BMI) and cholesterol levels", says Lloyd-Jones.

The BMI, healthy diet, cholesterol levels and blood pressure of children aged 2 to 11 years were analyzed by the researchers. These were the children who had participated in the National Health and Nutrition Surveys during 2003-10.

A total of 8,961 children were examined who represented almost 43.6 million children. It was found by the researchers that all the children had at least one ideal measure, but none of them had all four.

Relation with the Diet

It was seen that only less than 10 percent of children who consumed the recommended amount of fruit and vegetables, fish and whole grains every day. Ninety percent ate more sodium and 50 percent were seen consuming more calories than recommended from beverages loaded with sugar.

If you thought this was it, then the worst is yet to come. Forty percent of children showed moderate to poor levels of cholesterol and 30 percent were obese or overweight.

Lloyd-Jones added, "the bottom line is that we need even better data, but what we do see is that we are losing an awful lot of our intrinsic cardiovascular health very early in life, which sets us up to be unhealthy adults".