Trust your Gut Feeling when it comes to Wedding

A new study says that newly weds should be trusting their gut feeling when it comes to wedding, they seem to be very right in this department. 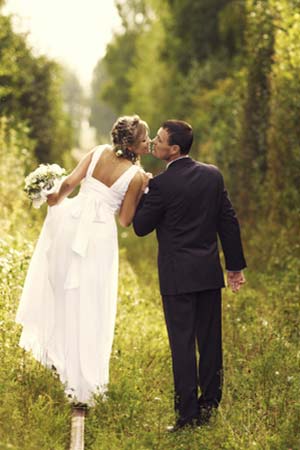 A new research says that when you get a certain gut feeling which is related to wedding then you should rather consider it. The research on newlyweds suggested that you would be wide to heed your gut feeling.

Study author Jim McNulty who is professor at Florida State University said, "The conscious attitude doesn't really predict what happens to the relationship over time.” McNulty further called such these gut feelings as “semi-conscious” attitudes that many chose to ignore. These gut feelings which most ignored in fact determined how those couples who are happy were years after they had exchanged vows.

The finding that was published in the issue of Science had followed 135 newlywed couples for four years. Then the researchers measured the couples’ conscious attitudes toward their relationship after every six months. They were asked to evaluate their marriage in terms of good, satisfying, bad or dissatisfied. They had also measured “automatic attitude” To do this, McNulty said, the men and women sat in front of a computer. On the screen flashed either a positive or a negative word, such as "awesome" or "awful." They hit one key to denote it was a positive word and another key for negative.