Findings of latest study showed that a bad marriage could cause depression and increase the risk of heart disease. 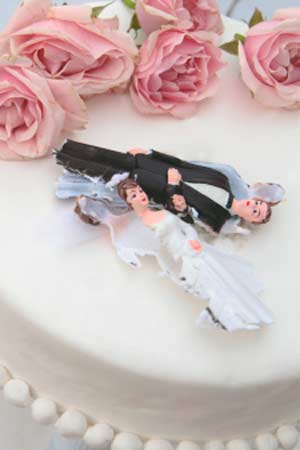 Most people think that a troubled marriage can only lead to a painful separation or a heartbreaking divorce. But, according to the scientists a bad marriage can have some serious effects on your heart, literally.

In a study, it was found that people who have been experiencing troubles with their spouses for decades are at a higher risk of developing heart disease than those who have successful marriages.
These findings were truer in cases of wives probably because women happen to internalize negativity more than men.

The US researchers said that older as well as new couples must be directed to relationship counseling.
Hui Lui, a sociologist from Michigan State University, US said, 'marriage counseling is focused largely on younger couples. But these results show that marital quality is just as important at older ages, even when the couple has been married 40 or 50 years.'

These findings have supported the previous research by Dr Lui and other in which it was found that people who are not happy with their marriage are more likely to suffer from depression, high blood pressure and even heart disease.

On the other hand, people who are successful in experiencing marital bliss feel more supportive and have an enhanced physical health. The experts believe that the stress caused by unhappy marriage can be the cause of depression.

When a person is in a troubled marriage, they tend to get into unhealthy habits like smoking and drinking and can increase the level of stress hormones in the body.

It was found in one study that people who indulged in heated arguments with their spouse and also had a history of depression were at a higher risk of becoming obese. This happens mainly because these factors alter how the body processes high-fat foods.

The study that was published online in the Journal of Health and Social Behavior found that bad marriages which lead to fights, criticism and demands could be harmful for the heart than the ones that were supportive.

Bad effects of troubled marriageEffects of bad marriage on body